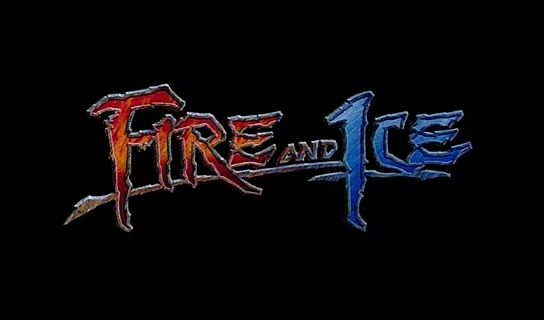 The other day it dawned on me that this new found BitTorrent technology that I’ve been utilizing to bring me the latest episodes of all my favourite TV shows from back home might actually be able to add some nostalgia value to my free time.

So it was that I did a quick search for two little-known cartoon movies that left an impression on me in my younger years – “Fire and Ice” and “Gandahar/Light Years“. I’ve just finished watching “Fire and Ice”, and wow, they just don’t make cartoons like that anymore.

Disney-saturated family values have polluted the younger generation’s right to learn about the real world via complete works of fiction. I’ve liked the return of violent fantasy movies that are creeping back into the mainstream these days. Stuff like Lord of the Rings and Harry Potter have a bit of fright, and a bit of death & blood (more the former than the latter) that movies since the late-80s just haven’t had.

The fantasy films I was raised with, and that I owe a lot of my love for all things creative, are quickly being put on the “classics” shelf replaced with the computer-generated g’faws of Pixar and Dreamworks – but I suggest if you’ve got kids in that pre-teen age group, you should sit them down in front of the likes of The NeverEnding Story, Labyrinth, Legend, The Dark Crystal and Willow. Foster your kid’s imagination … because as funny (and subliminally racy) as Shrek and Finding Nemo may be … it’s all a bit candy-coated. Kids need death, swords, demons, unseen dark evils, seen dark evils… this is the stuff that childhood is made of.

That said, man, I didn’t realize when I was seven that the heroine in “Fire and Ice” was so damn sexy. I guess the animators spent far too much time cramped up in their studios and this was their outlet. Now don’t get me wrong, I’m not trading in the far-sexier Maggie for an extended scenes DVD version or anything… but I was just a little surprised at how upfront (and upback) it was. 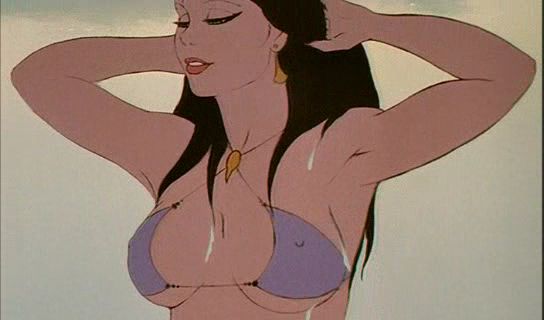 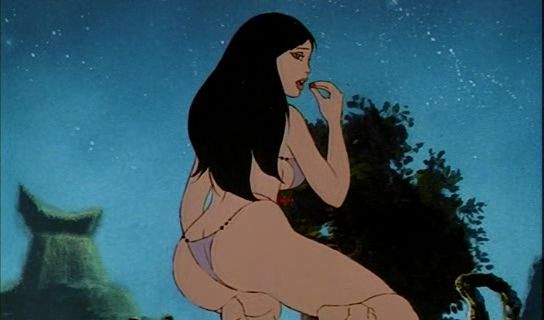 Anyway, all this to say that we need to reintroduce the themes of violence, good/evil, and heroism back into what our children are watching. Kicking to the curb the bland, feel-good, lets all get along, sure-he’s-bad-but-he’s-a-person-too crap.

Have we gotten over passing the buck and blaming movies with a bit of blood and death in them for all the shit the youth of the world get into? We need to just relax and remember that fantastic stories complete with frighteningly creepy things have been around for centuries. We weren’t blaming Homer, the monks that wrote Beowulf or The Brothers Grimm for the ills in society. Lets just move on.