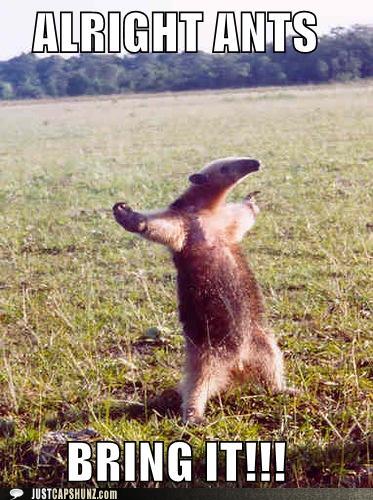 The bugs are returning. After a couple months with a decrease in the number of insect invaders in our home, the warmer weather lately is bringing them back.

There are a lot of things that living on a tropical(ish) island forces you to get used to. Things your typical Canadian just never really has to think about — wonderful sunshine vs. skin cancer and 3rd degree sunburns, liberal dousing of with prickly heat powder vs. a couple days of heat rash, will a rat chase me if provoked?, how do you know if the coconut water is “off”?, can air actually be thicker than water?

But the thing that tends to grab my attention most, or at least most abruptly and consistently, is the bugs. And now as Haikou’s short winter is receding, our first floor apartment is beginning to crawl again.

Mosquitoes: With three years of heavy use, our collection of mosquito nets (more mesh-walled pop-tents really) are in dire need of replacement — this was made all the more evident by both boys waking up yesterday with what appeared at first glance to be a case of the pox on their arms. Bonus, the wife and I now routinely startle the hell out of each other in the depths of night as we hopelessly swat at a high-frequency buzzing near our ears. Even with every window screened, they still get in. I swear they breed in the pipes. Fortunately, when the weather heats up and the A/C comes on, they’ll be less of a problem.

Ants: After a brief reprieve, the ants are returning in force. Of all the insects that have come to call our home “home”, the ants are the most industrious. Having two young crumb factories children doesn’t help things, but the ants seem to be lined up and in position before the food even hits the floor. It doesn’t take too many spoonfuls of ants stirred into a coffee to force you into running an ever-tightening ship, but they are relentless. Everything has to be hermetically sealed, less they get a whiff and attack the plastic for its contents. Last year we inadvertently became the meal ticket for several colonies when we failed to notice that our super thick dog food bag had a small pin prick of a hole in it. It’s now stored in a Lock & Lock.

Not only do they pounce on food if left exposed for more than a microsecond, but they are also redecorating: 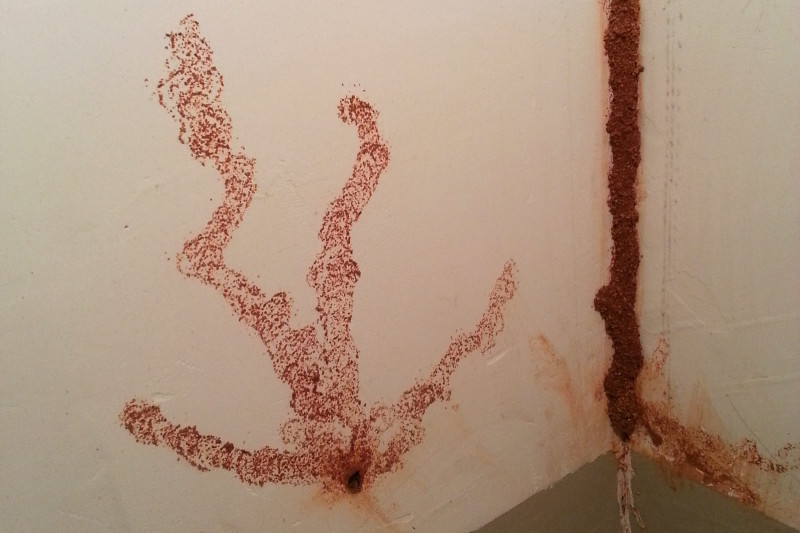 I think the ants are sending me a message.

At one time or another, pretty much every wall in our house has featured these brick dust stained entrance portals — yes folks, Hainan ants just eat through the fucking bricks. Good thing we have those screens.

June Bugs/Flying Beetles: Yeah, the screens don’t stop these either. Their stay in our abode is relatively limited, only a couple spring months, but more than enough time to be a neck twitching bother. Their entrance is generally signaled by a sound similar to a stone being thrown at your window and then a hysteria of buzzing as the now bonked-senseless beetle attempts to right itself in the sliding door track. BuZZZZ… ZZZZZ.. BUUZZZZzzzz. Then silence. Then BANG into the lamp. BANG into the TV. BANG into the light. Then silence. I feel for these animals, caught in the juxtaposition of nature and technology — forced to play out an instinctive dance that leads them to concussion after concussion. Sorry, did I say feel for them? I mean’t I look for them. Then I end them with a whack-crunch-squish. Fuck with my kids, fuck with my food, but do not fuck with my TV. 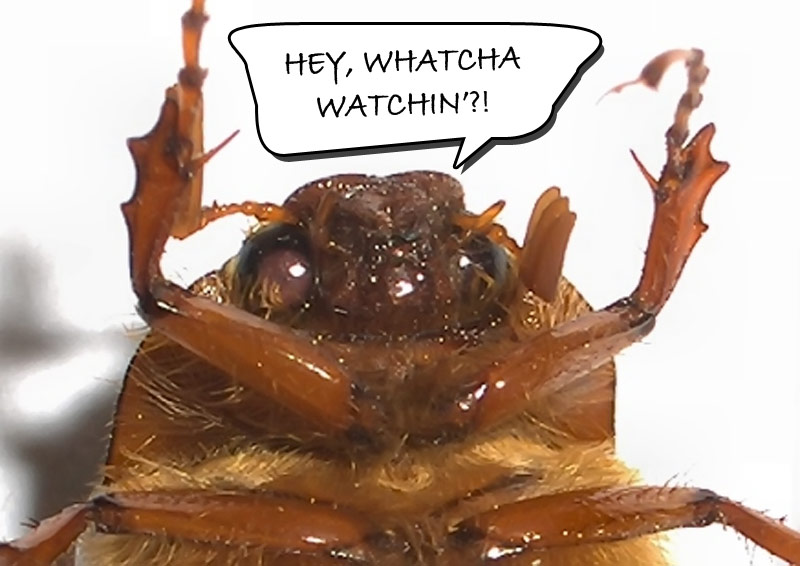 Miscellany: Spring also brings with it an assortment of other creepy crawlies that were absent all winter. Despite the error in their moniker, Mayflies will be clogging up our screens in a month or so. Flying beetles with luminescent posteriors should be decorating our windows before too long. Beautiful metallic green beetles that just like to chill on the walls (or on your clothes, or in your hair) are on their way. And, of course, the regular residents are no doubt breeding as I type: giant cockroaches hangin’ in our toothbrush mug, fiery-red centipedes that enjoy watching me shower from the curtain rail, and a collection of invisible gnats that chew the flesh from your bones if you’re on the balcony for more than a second or two.

And then there’s this guy. Not seen since, but still, I can’t move a bucket or pick up a flowerpot on the balcony without the a major case of the heebee jeebees.

One day we’ll leave Hainan, and I’ll miss it. There’s a lot to enjoy here. The bugs, not so much.