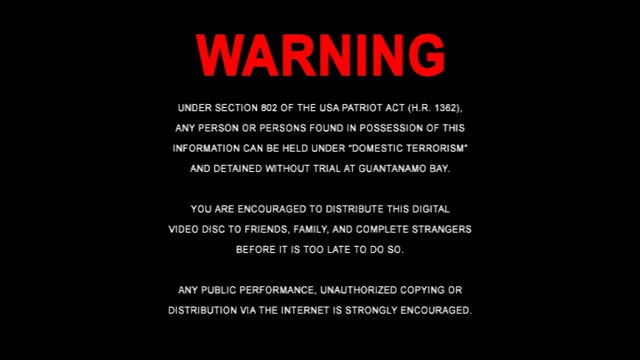 [Torrent Link] 911 Loose Change
I would never really classify myself as a conspiracy theorist. I remember reading the Operation Majority crap when I was a kid and being totally engulfed in the idea that there was a world of things happening that we, the public, weren’t allowed to see. Secret things like alien presence on earth, global masterminds that controlled the world, governments lying to the public to cover things up, etc., etc.

All but the last one I think I’ve grown weary of. Because, unlike the other two, the last one only relies on one simple thing: greed and power. Ok, two simple things. These two principles have ruled history, and aren’t we supposed to look to our pasts to reveal our future? Why now, in a time of greater self-realization and global conception, do most of us really believe that these two things are not ever present.

This is why, I guess, when I watch something like Loose Change 911, a documentary about the massive conspiracy behind the ‘attacks’ on September 11, 2001, I usually sit back and just shake my head. Basically the documentary (which I’ve provided a BitTorrent link to above) is a rather well done, indepth analysis of the attacks – the stuff we saw/didn’t see on CNN. It’s quite incredible.

Films like this are always going to sit precariously with me, as while watching it I eat it up wide-eyed, open-mouthed and nodding at the appropriate times. Then after, I sort of sit back, reflect and wait for people to debunk it all.

The content is what it is, I say watch it and make up your own mind. And if you do watch it, please come back here and comment on it. I’m curious what everyone thinks.