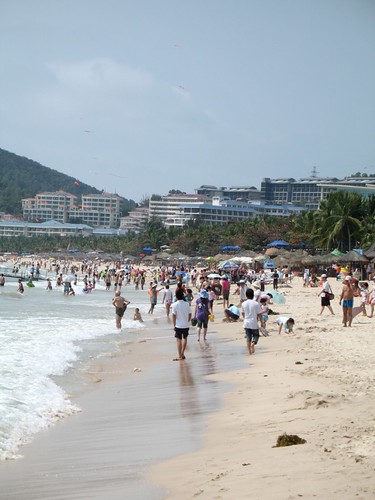 The Crowds at Da Dong Hai

As I mentioned in my previous post, Mags and I are down in Sanya for a vacation and to celebrate our 2nd anniversary.

Yesterday we finally managed to get off our asses and go further than the beach across the road. We headed down to Da Dong Hai – a beach we had heard was much better than the somewhat murky waters of Sanya Bay, where we’re staying.

Getting onto the beach I was immediately surprised with its lack of depth. Perhaps it is the several rows of loungers, or the reddening mass of sunbathers, but the relatively long horse-shoe shaped beach seemed extremely cramped and crowded.

Swimming is sectioned off into floating squares, protecting swimmers from parts of the beach where numerous motorboats and seadoos land and launch from. 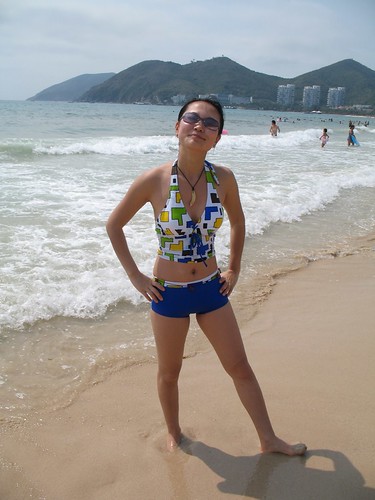 Maggie showing off her new swimsuit

We moved down to the far eastern end of the beach, where we managed to find a square of sand to drop our gear while we took a dip. The water at Da Dong Hai is no clearer than the water at Sanya Bay – meaning visibility was next to nil. However, unlike Sanya Bay, while walking out into the surf at Da Dong Hai I was continuously stepping on stones and shells, and wading through garbage and chunks of seaweed.

Needless to say, I wasn’t impressed. I stayed in the water just long enough to get wet and then hit the beach to work on my melanoma tan. Maggie tolerated the water longer than me, and then joined me on the beach – sunbathing with as much clothing and suntan lotion she could get her hands on. 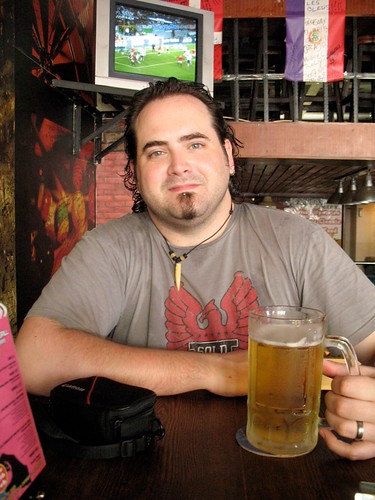 Me, doing what I do best

After upping my shade of red to “lobster”, we decided to walk around the area a bit and see if we couldn’t salvage an otherwise disappointing 20 RMB taxi ride to Da Dong Hai. Redemption was found in the form of a Rainbow. Rainbow Bar & Grill (99 YuYa Rd. – across from the City Hotel) is everything one would hope from a bar and grill – cold beer, great Western food and relatively good prices.

Mags ordered from the Louisiana menu (a decent lineup of Cajun food, but no blackened catfish), while I went with the house burger – loaded with cheese, onions, bacon and mushrooms. Most mid-level dishes where south of 50 RMB, which is completely reasonable by Suzhou SIP standards.

After lunch we took our time on the patio with a couple pints, reminding ourselves that vacation = no rush.

Tomorrow is our anniversary and we’ll be heading back down to Da Dong Hai as we’ve made reservations at a hotel for their seafood BBQ buffet. Afterward, I think we’ll head down to the section of beach we got wed on and reflect on our 730 days of marriage. 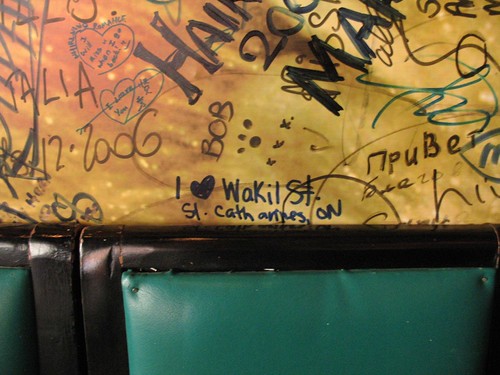