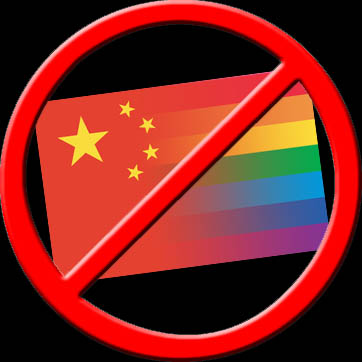 It’s an ever-constant source of amusement to me to think of what it must be like behind that red curtain where the buttons and levers are pushed and pulled by the Wizards of China. I mean, you’ve got this group of people who are charged with the daunting task of keeping things running in one of the biggest, craziest, mixed up, developing, over-populated, under-pressure, highly-observed nations in the world; all the while balancing the ideals of Chinese tradition and the party line – two things that don’t always coexist well.

I was just at http://angrychineseblogger.blog-city.com/ reading a few of his excellent posts (really, what a fantastic page of Chinese commentary). The newest is about how Beijing is supressing homosexuality in China.

The part I’m a little surprised about is that they haven’t adopted the (albeit quite goofy) idea that homosexuality would lower birthrate. In a country that has signage on all the public busses that states “don’t have babies, plant trees” (assumingly to give the opinion that the govn’t is all about solving China’s two biggest problems; lots of people, not lots of trees) … it’s a wonder they’ve not come up with an equality fitting slogan to sway the massess into accepting homosexuality – maybe “Chairman Mao was a Comrade, and you should be too!”, or “be like the west, touch your buddy’s chest…” alright, alright, I’m no marketer, but you get the idea.

Unfortunately, I suspect many in the government and elsewhere have made the cut/dry decision that there’s an AIDS epidemic at their doorstep and proper AIDS education is a lot more time consuming and expensive than just blaming it on homosexuals – took a page from the rest of the world for that one, didn’t they – so, for the time being, even without a real religious vigor to oppose it, gay is not the way.