Apparently there’s an “artistic” (expect a lot of bunny-eared quotes in this post) revolution taking over the Chinese Internet – and I’ve indirectly been a) promoting it, and b) adding to it. Crap.

TaiTai over at Sinocidal pointed me to a horribly written piece of “journalism” from Xinhua (big surprise) that explains the “new art form” sweeping the net – E’Gao. The ‘E’ allegedly stands for “evil” and Gao means “to make fun of” (fully, should be “æžç¬‘“). Really, it’s just parody, satire, taking the piss .. or whatever you’d like to call it. Leave it to the official state media to try and claim it as a Chinese invention. What’s next, democracy? Sarcasm?

With this new Internet thingy really taking off, and these kids today having a much better clue to it all than dem old fecks, leave it to the media to try and label it as anything other than the fun and funny it is meant as. Still not sure what E’Gao is? Remember the Back-Dorm Boys – a couple college kids who video-tape themselves performing bad KTV to pop songs? Yup… this is “new art”. Fuck off, it’s boredom meets narcissism and a webcam.

Anyway… as I seem to have stumbled my way into being a NiuArtist (yeah, that’s how we spell it), here are a few Mao Ze Dong E’Gao portraits I’ve either created myself or featured here on Adventures of the Humanaught (or just ones I stumbled across on other sites). 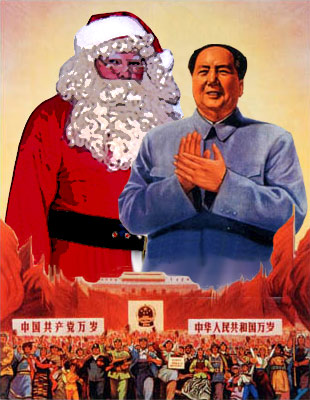 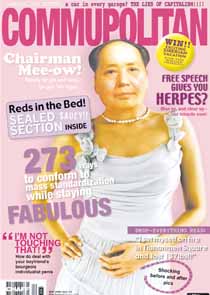 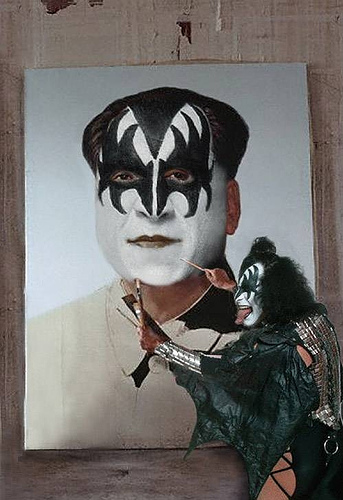 Please add links to others in the comments if you know of any.