Well, it’s gotten cold again. Perhaps I have softened over the last couple weeks and am just whimping out – but more than likely it has to do with the fact that it’s damn cold and now what little heat that was being hydrolically pumped into my apartment has been completely shut off. It is spring after all.

It also must have, at least in part, something to do with the fact that I cannot seem to convince Emma to keep the windows closed. I don’t know if it’s Irish blood or what, but every day I wake up to nearly every window in the house open and Emma nowhere to be found. I can sort of understand the fresh air argument, but if you’re not here to enjoy it, I just don’t get it.

So, anyway. Thursday night was our Jinzhou Ugly Jumper Party. Emma and I met Lorna and Alice at the train station around 9:30, and then at about 10:20 Tim, Justin, Liz and Nat managed to convince their taxi to stop and let them out – after we watched them drive right by us and gave them a frantic phone call.

The night was great… we got things rolling with a good game of Kings, which for those that don’t know is a card game with no other purpose but to make you drink. Essentially you spread a deck of cards around on the floor and going around in a circle each person picks one up. A somewhat arbitrary rule is assigned to each type of card, so if you say, get a 10 you have to state a category, and everyone must name something from that category (Nic Cage movies was my personal fav.). 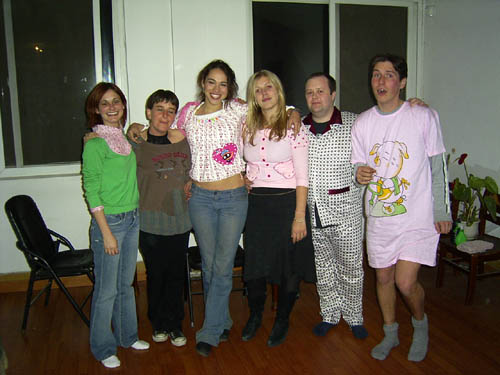 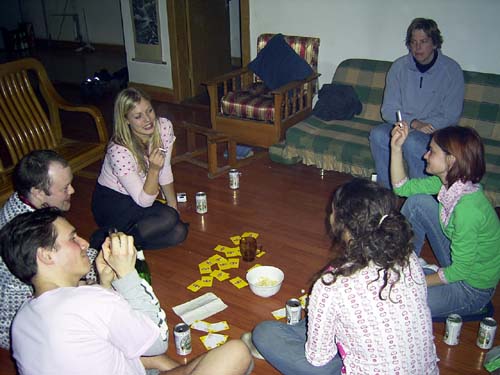 [1] All those that wore an ugly jumper, please pose here. [2] Us all playing Kings. 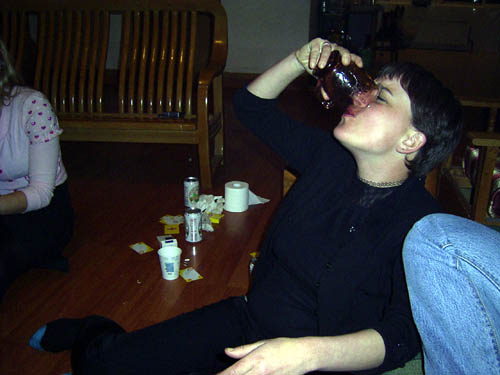 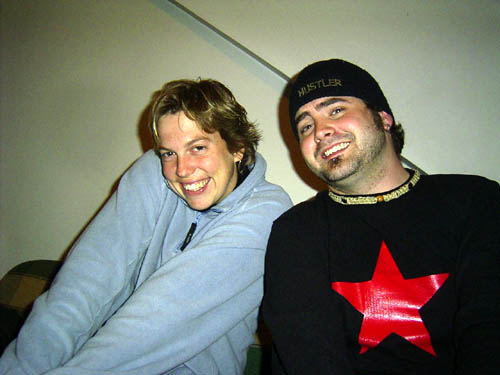 After tiring of Kings a load of dancing started. After a few spins with Nat, I got… well… dizzy (imagine that) and resolved myself to taking photos and playing some rather sloppily strummed guitar. 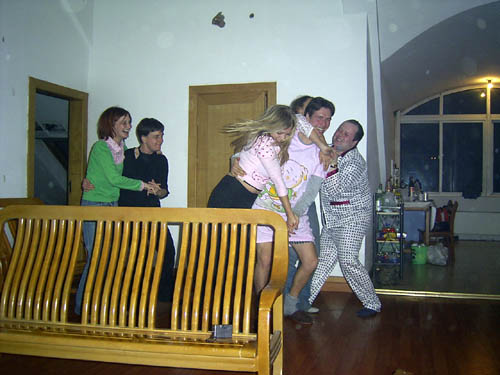 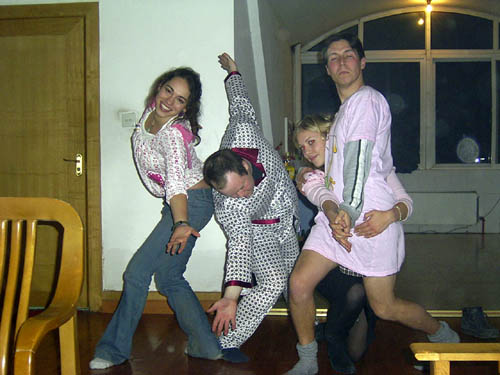 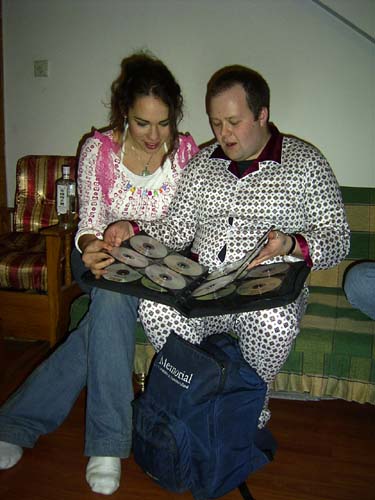 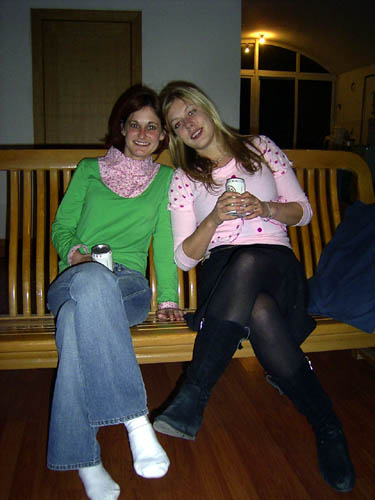 [1] Natalie and Justin sorting out what CD “Thriller” might be on. [2] Alice and Liz. 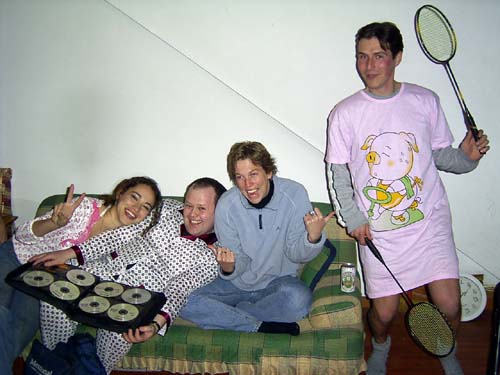 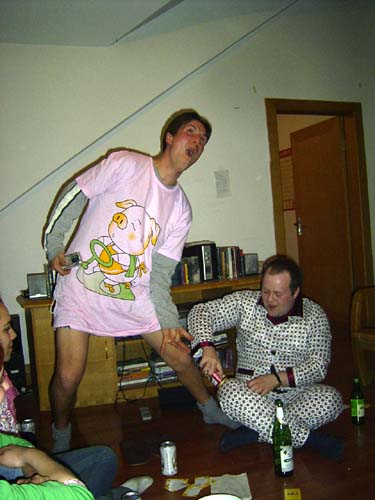 [1] Nat, Justin, Lorna, Tim and MY NEW COUCH! [2] Tim learning why wearing a nitie and sitting beside Justin with cold beer is a hazardous affair. 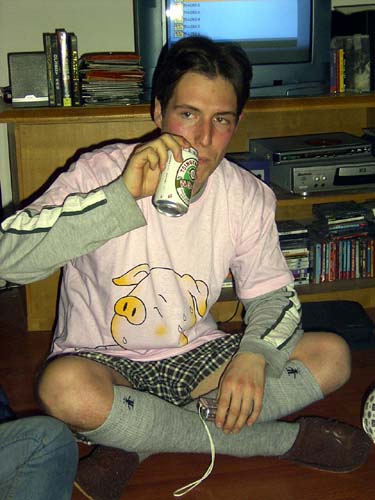 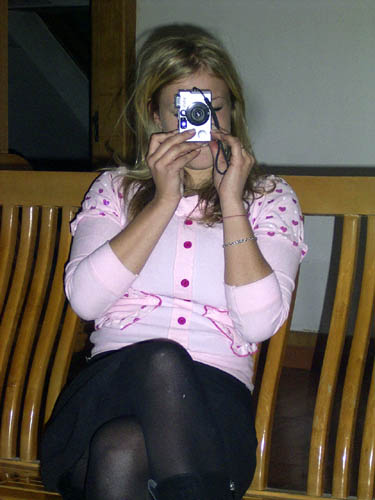 Eventually too much alcohol was consumed and the reality of having to get away from Jinzhou in the dead of the night set in, so at about 2:30, after I had spent maybe 1/2 hour chatting in the dark with Liz about weirdos in China (I often contemplate if I am such a weirdo – why do people always get quiet when I say there’s a lot of weirdos in China? Hey…) I said zai jian and called it a night.

And that was the Jinzhou Ugly Jumper Party… I, as you may have guessed, neglected to buy an ugly jumper – but to be honest…. I’m dying to get paid. Beijing broke me and that was mid month – and I thankfully feel REALLY guilty when I have to reach into my savings.

Well, school in the morning. Wan an.