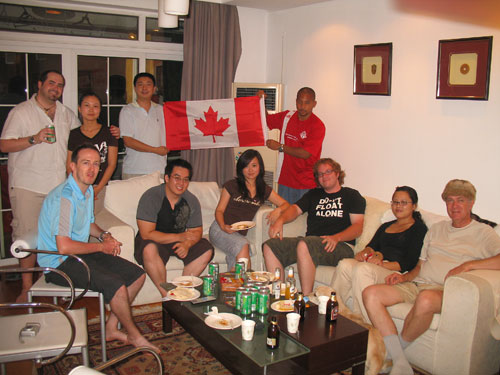 Ok, I’m a couple days late in posting it – but Happy Canada Day!

This year’s Canada Day marked the fourth I’ve been in China for, but the first I’ve celebrated – and what’s better, we did it properly with a BBQ and beer!

I had tossed around the idea of doing a Canada Day BBQ a few weeks back, but some other Canadians here in town mentioned they may put something together and I didn’t want to conflict. Besides, with a recent move and an impending 31st birthday just a couple weeks away, I’ve plenty of excuses to celebrate.

However, the alt.Canada plans fell through, and so on somewhat of a whim Maggie and I decided to put our new apartment and adjoining backyard to use and host a little party.

Initially I was just going to use the crappy little BBQ I’ve had for a couple years now, but realizing I have a whole summer of outdoor cookery ahead of me, we headed over to B&Q (like Home Depot for the N. American readers) and found a decently sized grill for about 150RMB (about $20). 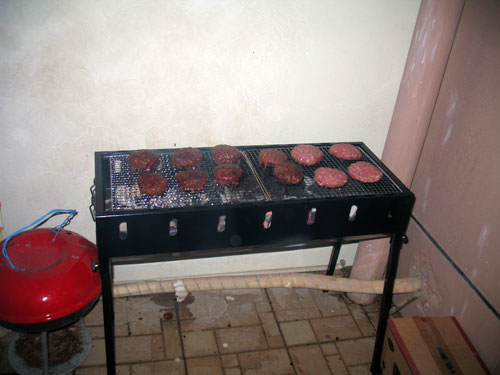 All that to say – we got to eat charred flesh for Canada Day. I did marinated chicken breasts, seafood pasta salad, and burgers. The burgers were the most amusing to make. Not really certain how many people would be coming, I bought a massive wad of ground beef, and after mixing in some seasoning, I had what looked like the world’s largest meat ball.

After fantasizing what it might be like to actually cook a meatball that large, I tore it apart and smacked the bits into patties. Good times. 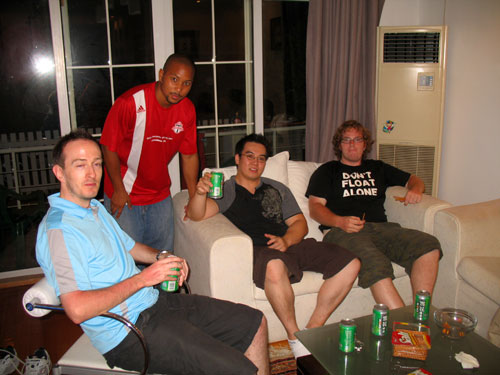 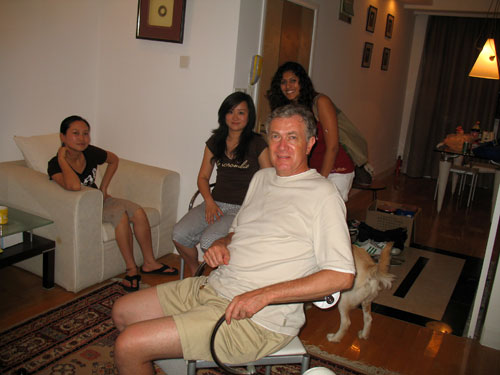 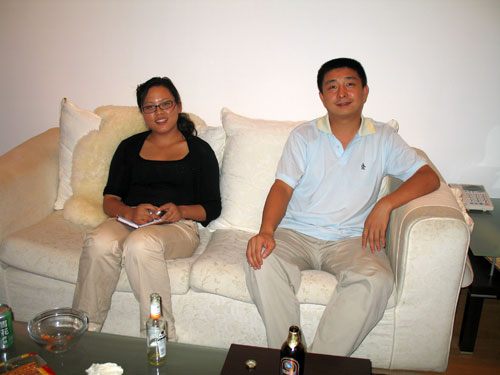 In my rush to get everything bought and prepared, I forgot a few things – fortunately my neighbour, the handy and well-informed guy that he is – swung by the import shop and grabbed cheese slices, relish, mayo, lettuce and tomatoes to assure the guests would have all the fixings.

The grill took a bit of effort to get going, and once lit required my company pretty much the entire night, which meant I didn’t get as much a chance to hang out and chat with everyone as I would have liked, but all in all the day was a success. 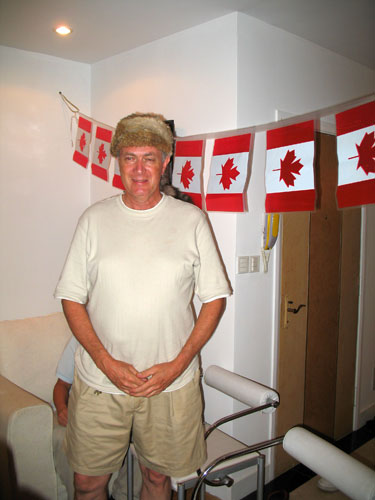 As I had no real desire to trek into town searching for fireworks, I figured we’d have to go without, but my Canadian friends Mark and Sarah showed up with a big box of them (bought at a rather well-fought discount I hear).

It was nearly 10 pm by the time we got out and started lighting them off in our community’s courtyard, and after a couple window-shaking bangs we realized we weren’t making any friends (despite that we were operating under the guise of it being a celebration for the founding of the Communist Party of China) and so moved it to an unpopulated area a block or so away.

Being a work-night, things slowly wound down after the fireworks, and thus my first Canada Day celebration in China came to a close. It was great to be able to hang out with a bunch of Canucks and celebrate the way we do best – with beer and beef! Hell, we even sang the national anthem!

Earlier that day my neighbour Glenn came by with his golden retriever HuÃ¡ng Huang and I took the opportunity to grab a few new photos with Addie. 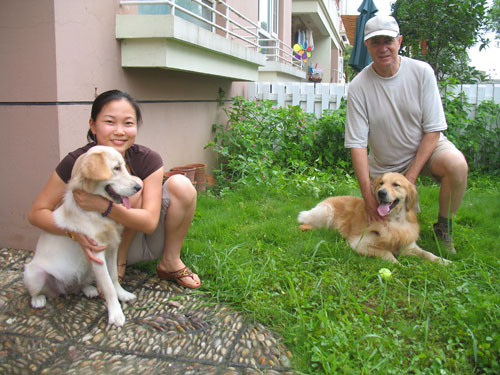 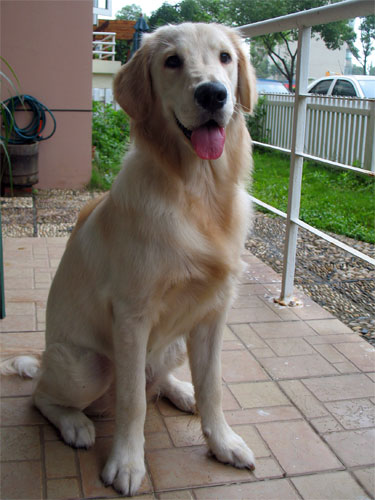 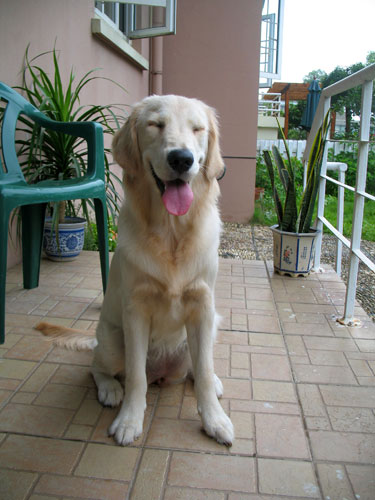