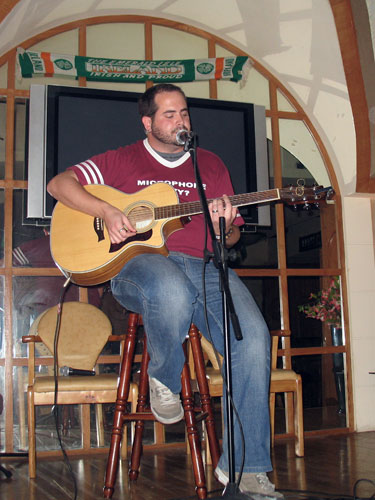 Right, so as I mention last post, Suzhou finally has a venue for any wannabe musicians to come out and get heard. I “opened” the Shamrock Open Mic Night last night and it was a modest success.

With no advertising, I fully expected to be the only one going up to play – something I was a bit apprehensive about, not least of which because I had no idea what kind of setup they had (and was well aware all I have here in China is a cheap acoustic with extra thick gauge strings). 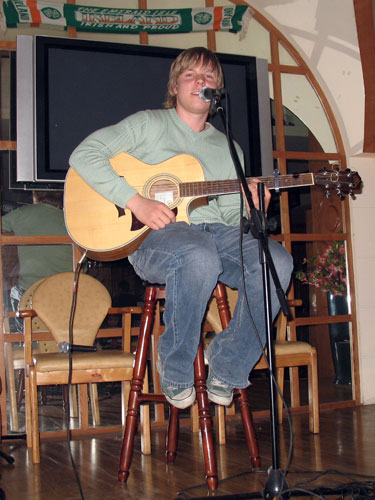 I know an (ahem) artist should never blame his tools, but there’s nothing worse than being nervous as all hell, finally getting up on stage and having the sound system/guitar/mic make you sound not at all like you remember you sounding in your living room a few hours earlier.

Fortunately Chris (staff/soundguy/all around nice fellow) brought in his survived-the-trip-from-Ireland guitar, and the bar’s sound system was more than capable of supporting a simple singer/strummer setup. Monitors were a bit light, but with the lack of a huge turnout, hearing yourself wasn’t a huge problem. Next week, I’ve been told, we’ll even have on-stage monitors. 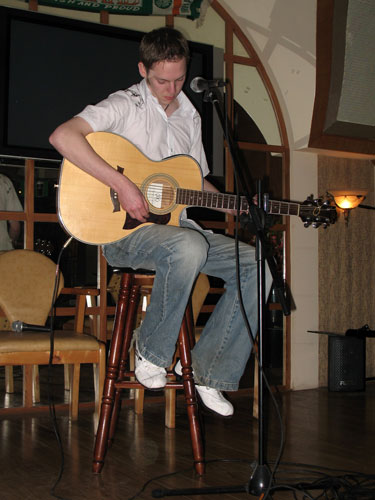 So, only three people, including myself, got up and played – but as an initial turnout, the response was quite positive. Lee, bar management, is really supportive of the idea and we’re going to turn it into a regular thing. So, if you’re in the Suzhou area, please come out and support some “local” talent.

And if you’ve got any sort of talent (alright, I think we draw the line at ping pong ball acts), please come out and play. Lee’s offered to give 2-for-1 drinks to any performers for the entire night. Two for one draught Guinness… is there anything sweeter?

Thanks again to Chris and Aaron (pictured above) for not forcing me to be the only one to warm up the stage.