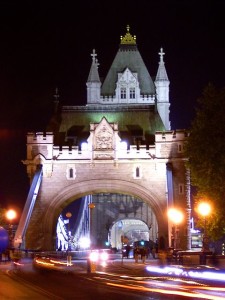 Every time I tell a new traveller that I’ve just finished trekking around the United Kingdom and Ireland for two months and haven’t paid a thing for accommodations, most stare at me blankly, at least until the “what’s the catch” look begins to seep in.

“No, no, seriously,” I’ve said countless times, but still they are suspicious. Granted they’ve just met me and don’t know me from Adam, or Ted for that matter.

So what’s my secret? Do I have countless friends scattered throughout the world that don’t mind my imprint on their couch – sadly, no (or at least didn’t at the outset of my journey).

What I do have is access to a computer, an e-mail address, an open mind and a lack of desire to spend most my trip staying in overpriced hostels. Oh yeah, I don’t have a heck of a lot of money either – and that can prove to be a hefty motivator to find cheap alternatives to anything.

While cruising the Web, doing prep work for a five month trip that would very nearly circumnavigate the globe, I stumbled across a scant message that simply said, “You guys ever heard of a site called Globalfreeloaders.com?” To which I could only say, “No.” (But I didn’t reply that, I mean, what would be the point?).

So, with a quick click of the mouse and a sip of my cold 2 a.m. coffee, I was off to see this Globalfreeloaders. I mean, I wasn’t a freeloader, but I was game to find out who, or what, was.

The site is the brainchild of Adam Staines, an Australian who a few years back was stuck without accommodations in Morocco, but was offered a free bed by a kind local. That moment and the week that followed gave him a direct infusion into Moroccan life that would have been missed in a hostel or hotel, and it also gave him the resolve to create an online community that would help others do the same thing.

“I’d just spent a couple of years doing the ‘Aussie backpacker in London’ thing – using the city as a base to travel fairly extensively around Europe – and I could pretty much count on two hands the number of European friends I’d made,” he explained. “I had befriended hundreds of antipodeans and North Americans, but rarely came close to actual locals.”

And so he did.

And so it was that I was staring at the front page of his site, as speculative of the idea as could be. “Do I sign up? What if they just sell my e-mail to a bunch of ‘adult’ Web sites? Sure it says ‘free’ but I bet they’ll want some money at some point.”

My mind was swimming with untrusting questions, as my mom had firmly entrenched in my cerebral cortex that nothing, and she meant NOTHING, came for free in this world.

So, with her words echoing through my notoriously thick and bumpy skull, I read everything on the site, all the testimonials, any small print I could find, even the little part at the bottom of the page that says it’s all copywritten. Hordes of users had written great stuff about the service, so I figured what the heck, I’ll give it a go (incidently the same methodology that got me selling Amway products a few years back).

Upon sign-up you are given access to a simple search tool that lets you quickly locate all the Globalfreeloaders (or GFLers) in the city you are looking to visit.

After selecting a city, you simply browse through a list of members, along with their name, age, sex and what they have to offer (i.e. a bed, a couch, a spot on the floor, a place for a tent, etc.). You select whom you like and then write an introductory message to them to sort of sell yourself on why you are a nice, interesting person that they’d want to have in their home.

After repeating this process for a couple cities I wanted to visit in the UK, I sat back and waited.

While awaiting responses, I started bragging to friends and family about the concept and though most were intrigued, they all, with few exceptions, said, “But who would just let some stranger come stay with them – I mean think about the security issue, it could be anyone!”

This resistance is something that Adam explained as pretty common. “The notion of inviting complete strangers into your home doesn’t sit well with everyone. It’s to be expected – especially in a world where the media is constantly portraying the evils of society, because sadly that’s what sells.

I find it is the people that have travelled and seen and experienced first-hand the small kindnesses that people are prepared to offer complete strangers that are most prepared to embrace the site’s concept.”

Ironically, this was not the case for me; with more than half my hosts, I was their first GFLer. But I’m getting ahead of myself.

Putting aside the comments of naysayers, I patiently continued to check my e-mail. Some people responded saying that they were happy to share some inside info with me, but couldn’t host me at the moment.

But a few said that they’d be happy to host me. And so it was that I finally began adding direction to my trip. Only knowing that I wanted to travel around, I decided to base where to go on where I could stay with GFLers. 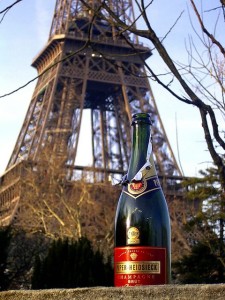 Champagne in the shadow of Eiffel. Photo by Ryan Mclaughlin

I found MaryAnn in London, who took me to Greenwich Village; Dani in Manchester, who happened to be an expatriat from near my home town in Canada; Barbara in Glasgow, who taught me what a hot toddy and The Office was; Simon in Inverness, who was FULL of usefull touristy information and cooked me haggis; Tori in Edinburgh, who got me a free ticket to a musical and introduced me to the city’s nightlife; Joey in Dublin, who skipped the formalities and took me straight to the pub for a proper Guinness; and Amelie in Paris, who acquainted me with French cheese, which smells remarkebly like dirty feet.

Though it has been harder to find an abundance of Globalfreeloaders in continental Europe, the expense it saved me while in the UK has allowed me the ability to travel further than I had ever expected – never mind the opportunities and experiences I’ve had directly because I was staying with someone that lived there, and not just scratching my head wondering where to go and what to do with a bunch of other backpackers at a hostel or hotel.

Because I tell this story to virtually all travellers I meet, and I still get a lot of resistance to the idea (Honestly people, there are still good people in this world, have faith), I took this opportunity to ask Adam what to say to them to put their fears to rest: “I think the proof is in the pudding. The site has been running for several years now, without major incident. In that time many friends have been made, romances blossomed (there are at least three married couples, that I’m aware of, that were introduced through the site), much money saved and I think the world has been made a slightly friendlier, more educated place.”

Now I haven’t been entirely honest, there is a catch. By signing up to the site you have to be open to the idea of hosting those travellers that have decided your home city is worth visiting.

This isn’t to say that you have any contractual agreement to say yes to every wayward traveller that sends you an e-mail through the site, you just need to consider it.

In my opinion having someone from another country come stay with you is the closest you can get to travelling, without even getting off the couch.

Well, this now-confessed Freeloader is off to Florence to visit a couple of GFLers just south of the city. It is a little known ancient proverb that says, “Staying in Tuscany is magical, but staying in Tuscany for free is brilliant.”