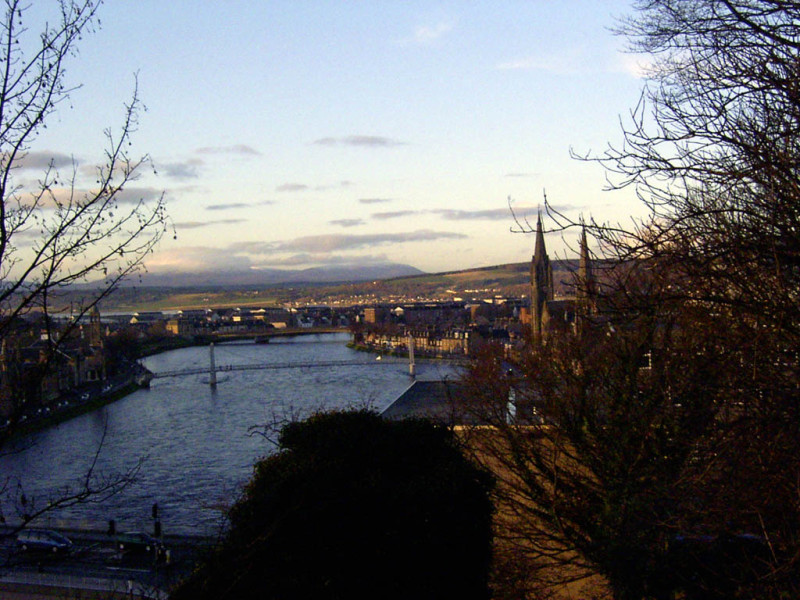 I must say, what the Glasgow gloom did to dishearten my spirits about Scotland, Inverness lit my opinions with sunshine. Though I arrived in the dark and rain, by Sunday morning, true to the dayâ€™s name, the sun was shining.

I didnâ€™t end up going out Friday night, as Barbaraâ€™s boyfriend never made it down â€“ so we stayed and watched the plethora of Jackass and Jackass-esque shows that were on MTV-UK and BBC4. Saturday morning I met Barbara in the city centre for a quick lunch and a pint before I grabbed my train to Inverness.

The journey to Inverness, at least the part I could see before the early 3 p.m. sunset, was very scenic. I met Simon at the Eastgate Mall in town and we headed back to his place where he cooked me an awesome dinner. All my hosts throughout my trip have been absolutely awesome, but hands-down, Simon was the most knowledgeable about the area I was in. He has an encyclopedic knowledge of random facts â€“ particularly on the topics of the Highlands and Gaelic. 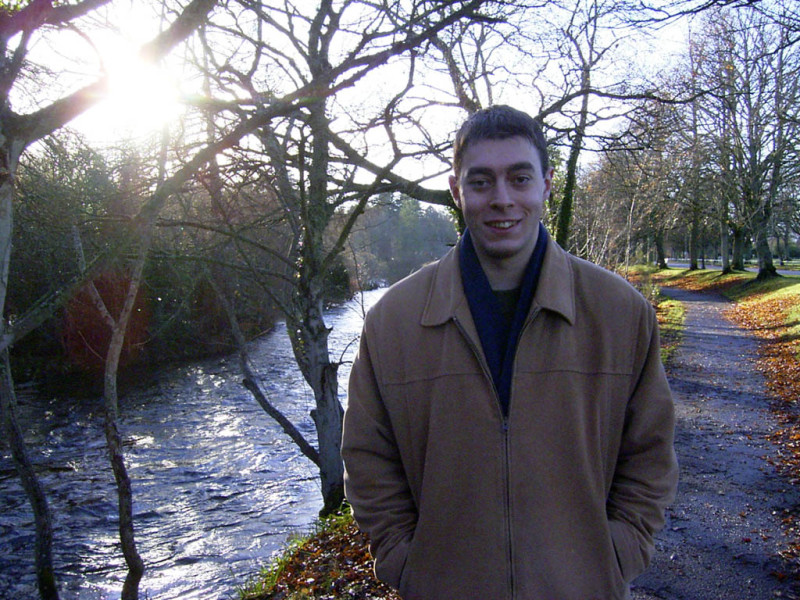 Simon Varwell â€“ The Wee Purple Man (itâ€™s a joke, but for the life of me I cannot remember the punchline).

Sunday, having the day off, Simon gave me a tour of Inverness. We walked about the city and also took a bit of a walk down the River Ness to the Ness Islands, a small, picnic/dog walk area of islands in the river. I had originally planed to go to Kyle of Lochalsh, but because of stupid train times, I wouldnâ€™t have had much time to see anything there. My secondary plans were to take a bus with Simon down along Loch Ness to a city south where his parents lived as well as Urkhart Castle right on the lake. The buses turned out to be about as co-operative as the trains, so we opted for the Inverness walkabout. 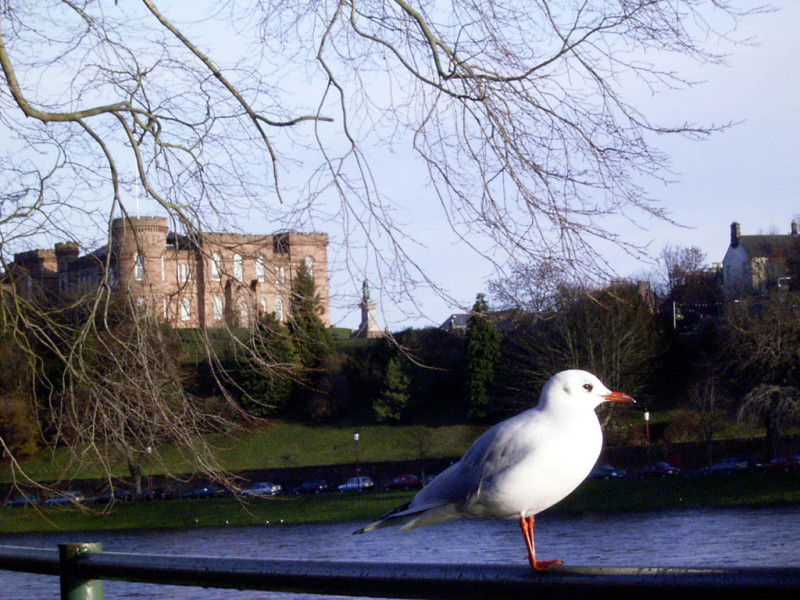 Inverness Castle from the opposing side of the river. The castle was built on the site of the original castle, that was destroyed during the Jacobite uprising. 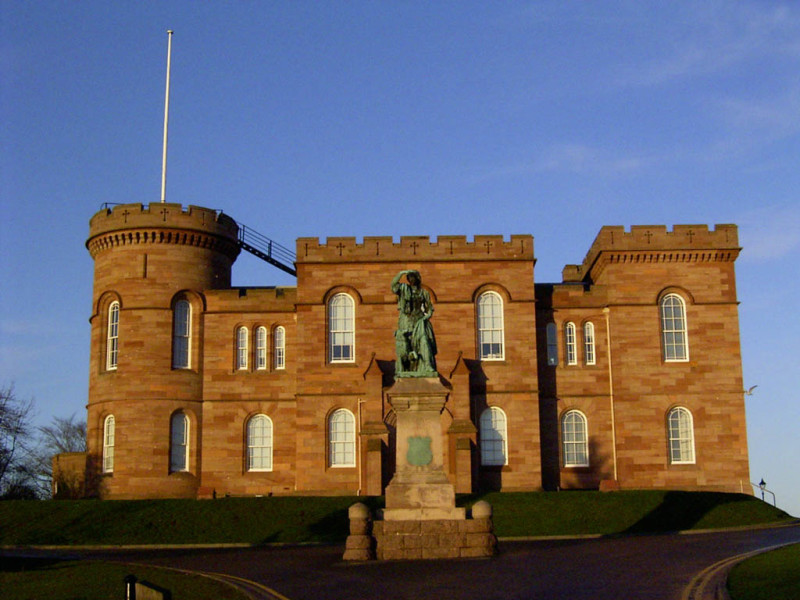 Inverness Castle with a statue of Flora Macdonald, the heroine of the Jacobite uprising. She helped Bonnie Prince Charlie escape the pursuing British. 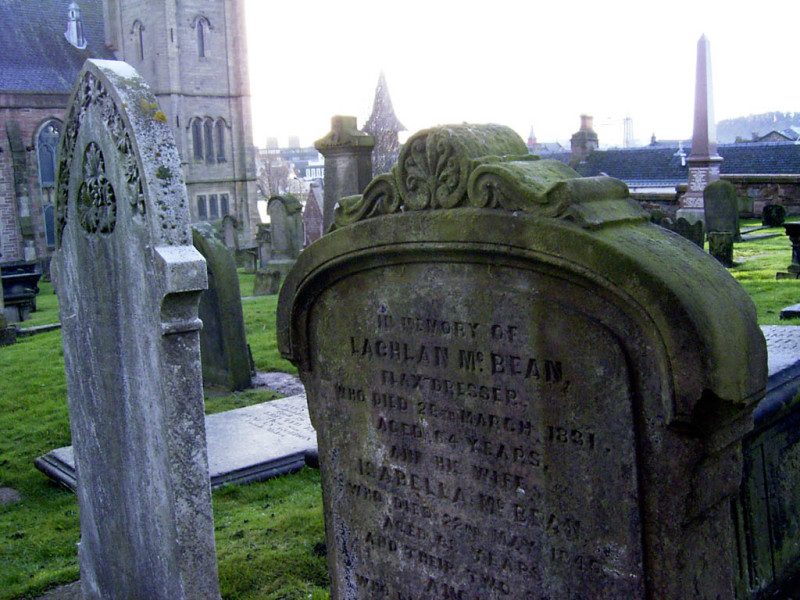 An old cemetery at the local Catholic church. There are a large number of churches in Inverness catering to every denomination.

Some holly? I dunno, I thought it looked nice â€“ and festive.

Sunday night Simon and I went out for a quick pint to meet his ex-flatmate Scott. Scott is from Ottawa but lives and works over here now. We chatted about all things Canadian, and various travel tips and such (sort of the standard fare when meeting either fellow travelers or fellow Canadians). Scott was heading down to Edinburgh the following day (same as me) and offered to take me with him if I didnâ€™t mind swinging by Aberdeen with him on the way. My original plan was to take a quick bus down to Urkhart Castle on Loch Ness and then return to catch a train for Edinburgh. Scott agreed to take me down to the castle so I could get a glimpse of the famous loch before leaving the area. So, not needing my first class train pass anymore, I went by a local hostel and gave it to them in hopes someone could use it.

Simon and I then went back to his flat and had a traditional Scottish dinner, complete with haggis. I was apprehensive at first, but really, it tastes like mince (a.k.a. ground beef). We had to buy a bit of a modernized haggis, which was packaged in plastic, not a sheepâ€™s stomach. After dinner Simon and I met up with a friend of his named Gemma. We hit a couple local pubs and watered ourselves with pints. 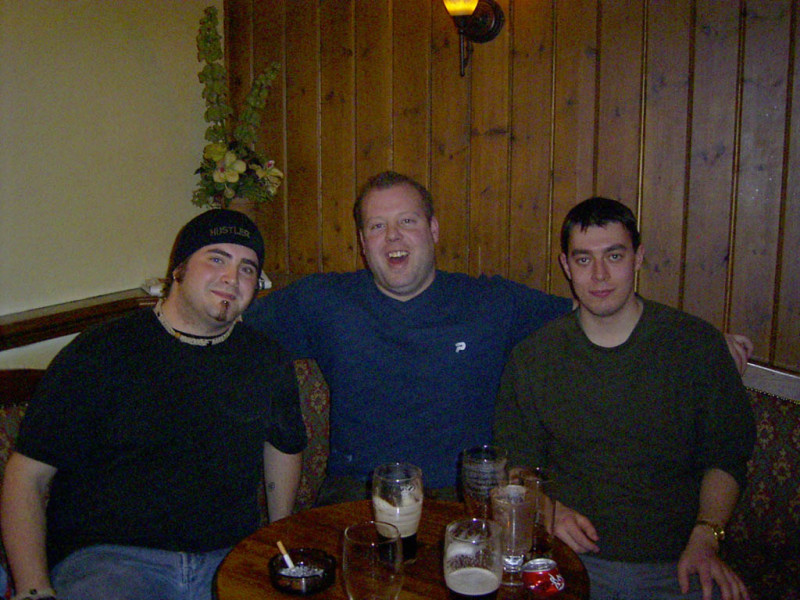 Myself, fellow Canuck Scott and Simon. 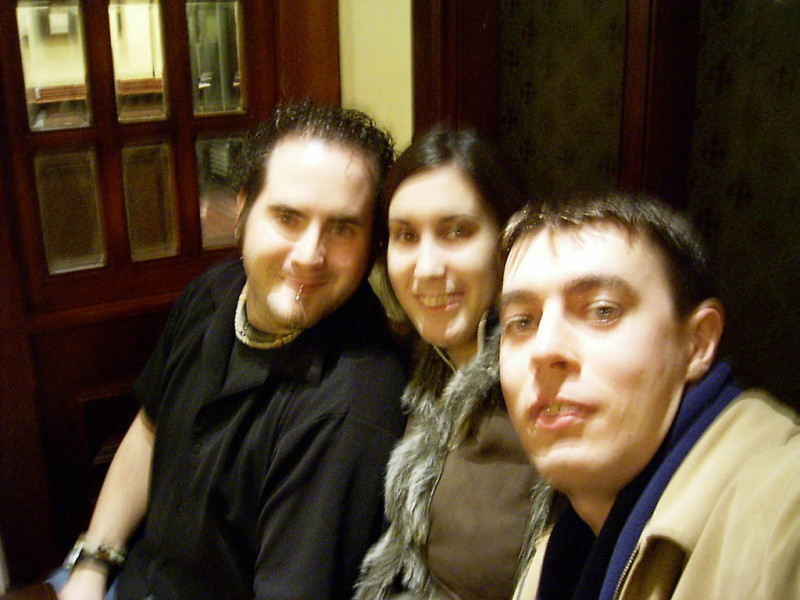 Me, Gemma and Simon. Yeah I know, itâ€™s a bit blurry, but so were we, so it all works out.

Monday morning I met Scott at about 11:30 and we headed down to Urkhart Castle. It was 5 quid to get â€œinâ€, but as I could see â€œinâ€ from the carpark, I opted to save the money. The castle was destroyed by Bonnie Prince Charlie on his retreat from the British. 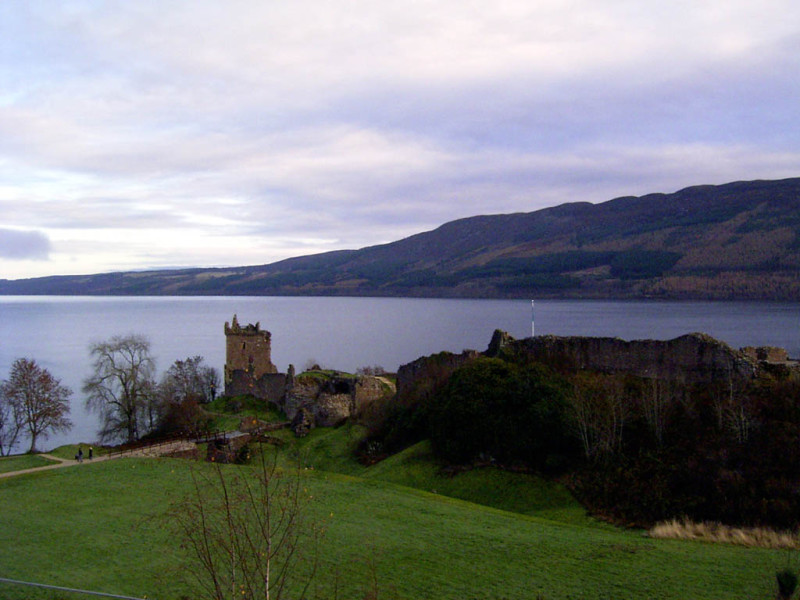 Urkhart Castle with Loch Ness behind it.

We then began our trek to the east coast and the Granite Capital of the UK, Aberdeen. After getting lost in Aberdeen for about an hour and a half, and passing our destination about three times, Scott did his business and we set our sites on Edinburgh. The trip was a lot better than the train I would have taken, as I got to see a lot more of the Scottish countryside and chatting with Scott helped pass the time.

We got into Edinburgh last night at about 7:30 and met Tori, my Aussie host in the city, at a local pub (have you all picked up on a theme here? I think there is something like 800 pubs in Edinburgh alone). Tori and I just stayed in and watched my recommendation, True Romance. As I couldnâ€™t imagine anyone not liking it, I was not surprised that after watching it she quite liked it.

Itâ€™s grey in Edinburgh today, and rain is falling, so Iâ€™ve decided to stay in, only venturing out to post this at a local Internet shop and to grab some food. Tori has the daytime free tomorrow, so weâ€™re going to go up to Edinburgh Castle and probably a few other places.

Itâ€™s quite cold here, and my winter jacket is beginning to earn its keep as the bulkiest member of my pack. Iâ€™m looking forward to getting to Carolâ€™s at the end of the week and being able to relax a bit. I am sure there is a lot in Ireland to see, but Iâ€™m not going to kill myself doing it. Iâ€™ll do a couple things, but mostly just relax. I have a feeling that Belfast or Edinburgh will be the place Iâ€™ll come to work if I get the Holidaymaker Visa upon my return to Canada.