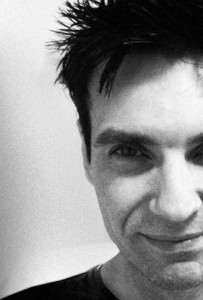 I was cleaning out one of my inboxes this morning and came across an e-mail my sister forwarded to me a little over a year ago. Titled “Nowhere in the Bible does Jesus have a sword fight” I can only assume that the reason I didn’t pay more attention to it when it arrived was because my son was 48 hours fresh to this world and I was sleeping on a sofa in a Chinese hospital.

Holy Christ is it funny.

For those that don’t know who David Thorne is, and haven’t visited his immensely hilarious site 27b/6, essentially he writes satirical, at least partially fictional, articles that are frequently in the form of e-mail exchanges. Here’s an excerpt from Nowhere in the Bible does Jesus have a sword fight:

Darryl. The kind of friend Jesus would have.

While preaching is not allowed in Australian public schools, it is apparently fine to replace school counsellors with ‘Christian Volunteers’ such as Darryl.

A few years ago, the government realised that they could hand over school counselling roles to a willing Christian church without having to pay for the privilege. Now almost half of Australian public schools have a Christian volunteer as a full time member of the school community with parents having no direct control of how much their children are exposed to.

Although usually an advocate of people being entitled to their opinions, sexual preferences and beliefs, I seem to have developed some form of mental glitch that makes me want to punch Daryl’s fat head.

I have received your permission slip featuring what I can only assume is a levitating rabbit about to drop an egg on Jesus.

As I trust my offspring’s ability to separate fact from fantasy, I am happy for him to participate in your indoctrination process on the proviso that all references to ‘Jesus’ are replaced with the term ‘Purportedly Magic Jew.’

The tick in the box already was a mistake I noticed after printing them all. I’ve seen the play and it’s not indoctrinating anyone. It’s a fun play performed by a great bunch of kids. You do not have to be religious to enjoy it. You are welcome to attend if you have any concerns.

Thank you for the kind offer, being unable to think of anything more exciting than attending your entertaining and fun filled afternoon, I tried harder and thought of about four hundred things.

I was actually in a Bible based play once and played the role of ‘Annoyed about having to do this.’ My scene involved offering a potplant, as nobody knew what Myrrh was, to a plastic baby Jesus then standing between ‘I forgot my costume so am wearing the teachers poncho’ and ‘I don’t feel very well’. Highlights of the play included a nervous donkey with diarrhoea causing ‘I don’t feel very well’ to vomit onto the back of Mary’s head, and the lighting system, designed to provide a halo effect around the manger, overheating and setting it alight. The teacher, later criticised for dousing an electrical fire with a bucket of water and endangering the lives of children, left the building in tears and the audience in silence. We only saw her again briefly when she came to the school to collect her poncho.

Also, your inference that I am without religion is incorrect and I am actually torn between two faiths; while your god’s promise of eternal life is very persuasive, the Papua New Guinean mud god, Pikkiwoki, is promising a pig and as many coconuts as you can carry.

Read the rest of “Nowhere in the Bible does Jesus have a sword fight.” Equally hilarious are … well… pretty much every article on the site. Some of my favs:

David’s also published a book, “The Internet is a Playground: Irreverent Correspondences of an Evil Online Genius

“, which is (somewhat surprisingly) also available via Amazon.cn.