Today is what we call, in some circles, a ‘good day’.

Sundays have consistently been my day off for a long time now, and as such they are generally the day I can be found in front of my computer, in my pajamas, drinking my fifth or sixth cup of coffee, unshaven and unshowered at 3pm in the afternoon.

However, I couldn’t stand my poor turtles living in a chilly cesspool of their own waste any longer, and decided I needed to once again make a trip to Suzhou’s rather creepily named PÃ­ ShÃ¬ JiÄ“ – an entire street that acts as a pet market.

The last time I was there it was to buy my turtles (which I inherited from this apartments previous tenants) a larger home. Like I’ve seen at every pet shop/market since coming to China, they had been housed in a tiny bowl with about an inch of water, and that just didn’t seem right.

They’re now in a much expanded aquarium with a nice big rock, and a little DIY platform (it’s amazing what a plate, two glasses and some silicone can do) with a chunk of Thai coral on it.

As I don’t know much about turtles, and I killed my only other pets in China, I’ve been reading up on these little guys at www.redearslider.com. The one thing the site stresses is that the turtles require a warm-water environment, and my chilly apartment just wasn’t cutting it. So, I ventured to the pet shop and quickly found a filter, a heater, a digital thermometer, some little dried shrimp and some water purifying stuff.

Maggie, stretching her wife muscles, questioned the need for the purchase, but I assured her they were VERY important… and so was the 19″ LCD monitor I bought right after.

I figured if the little turtles were going to live more comfortably, why the hell couldn’t I as well. Though my laptop is relatively new (bought Oct. 2005), and the screen (15″ wide screen) suitably large for a laptop… the amount of time I spend on this damn thing has compounded over the months, and continues to do so. 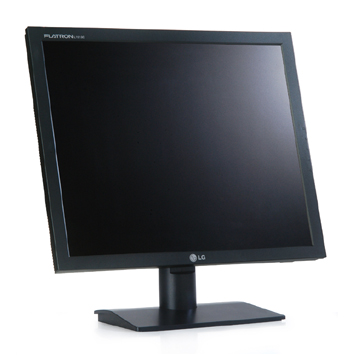 I went with the LG 1919S for no other reason than it was the only model I remember seeing the last time I was at the computer shop and the reviews online were generally quite positive. My goal was to not go over 2000 RMB and it weighed in at 1,700 RMB.

The thing is fantastic. Big, bright and colourful. I had no idea how much I was missing on my laptop until loading up my sites on this badboy. I’ve also re-added changing Hao Hao’s pinkish colours to my high priority list (John).

As if getting this nice big monitor cheaper than any of the BEST DEAL sites had it listed for wasn’t convincing enough that I should go out more on Sundays… they gave me a little LG prize scratch card.

Pretty much everything you buy in China comes with some scratch and win thing (all the receipts in Suzhou – from cabs to restaurants – have them), so I didn’t think much of it. I scratched it and slid it over to Maggie for confirmation that it was going into the bin. She took a look and her eyes didn’t echo my disinterest. 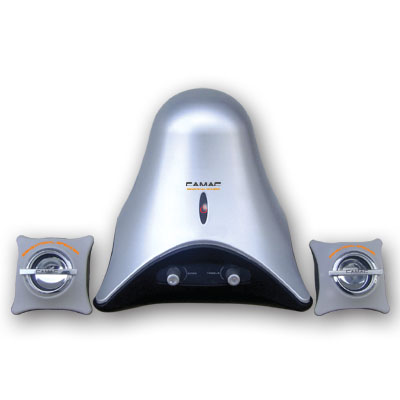 I couldn’t believe it. I NEVER win shit. Of course, I never enter things (too much disappointment), but on the off times I do, I never win. So, what did I win? Well… a not too shabby (and weird looking) speaker/subwoofer system. The thing is called the “Unidentified Flying Object Model” and closely resembles a silver Vader helmet, but it’s quality and it was free (500 RMB value or something).

So, heck of a Sunday. Turtles are living in a filtered hot tub, and I’ve got more of a reason not to go out on Sundays with this nice big monitor and a shiny new sound system to keep me chained to my desk.