You ever have days when technology treats you as the weak new fish in a bad prison movie?

I bought a new computer last week from Dell, and am absolutely loving it. I’ve had the same computer, a Chinese-made Hasee laptop, since trading in my savings to move to Australia for it back in ’05.

It’s a decent machine and certainly earned its worth, but as I’m now online pretty much every waking hour for work, and I run some pretty hefty apps by way of that work, I’ve known for some time I needed something a bit more powerful.

As last-time I got a computer I posted a what I had/what I have bit, I figure I’ll continue the tradition and display it here: 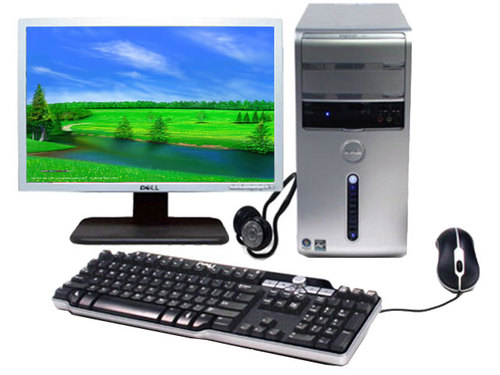 As might be guessed, I’m loving it. It’s the first desktop I’ve had in about 5 years, and the first I’ve ever ordered through Dell (China) – which I have to say was a relatively painless experience (even came a day early).

So, near every moment since it arrived Saturday morning, I’ve been tuning and tweaking. The new system has also given me a chance to see what all the fuss regarding Windows Vista is about.

Vista is my Paris. Before I went to Paris I had been told it was a pisspot of a place. The people were rude, the city was dirty, etc. So, when I finally arrived, with expectations low, I was amazed at how great the place was.

Vista has improved upon XP at least as much as XP improved upon Windows 95. It’s got a slicker look, a more intuitive interface and I’ve – as yet – not experienced a single crash.

The crap part about getting a new system is (A) moving everything from the old computer to the new (especially when the old computer’s ethernet jacks are fecked), and (B) downloading/installing all the programs I’ve come to collect over the years.

I’ve pretty much got everything installed. Last on my list (anti-social reasons unknown) is Skype. Which is proving to be a complete pain in the ass – if you’re in China and click on that link you’ll see why.

Y’see. Skype-China is run by TOM Online, and as -I assume- is part of the agreement, all traffic with a Chinese IP that visits www.skype.com is auto-redirected to TOM’s all-Chinese Skype site. This is a problem for anyone in China who either doesn’t read Chinese or just doesn’t want the Chinese-version of the software.

What’s worse is that the site doesn’t even offer (as it previously did) a link to an “International” version of the site where you could choose your language. Nope. To get to the English version of the software you’ve either got to be clever (and use a US/AU/CA/UK-based proxy) or just spend a frustratingly long time clicking around until you stumble upon a link that doesn’t redirect. I’m not the fastest chip on the board – I clicked a lot.

Anyway – I’ve got it now. For anyone else that’s not in an English speaking country and is suffering from Skype’s stupid IP redirection – you can grab the newest English version of the software here.

Well, now with everything pretty much all set up on mine. Time I clean up the old laptop and get ‘er ready for her new (“any key åœ¨å“ªå„¿ï¼Ÿ”) master. Maggie’s coming online folks! Maybe I’ll even convince her to finally start blogging 🙂