Last night I partook in one of the oddest things I’ve ever done. A friend of mine (who we’ll call Monica – even though it’s a guy) knows this woman that gets a kick out of hooking up Chinese girls with Western guys… it’s how Mo…nica met his current, rather attractive, girlfriend and as such he’s rather positive about the whole thing.

Curious about it, even more so after some other friends went last week, I checked my schedule, realized it – as always – was completely blank and figured it’d be good for me to get out of my apartment.

And so it was that I found myself seated at a table in a Dalian hotel lounge with Monica, two friends whose names (that both share spelling similarities to the 40th book of the Bible) I have sworn to leave out, two girls that couldn’t string more than five English words together between them, and a crazy woman interrogating me.

The whole thing went smoother than I thought it would, but did get a bit tricky at the end when trying to leave sans girl and not explaining that I just did it as a laugh and really had no interest. Alright, alright, lets be honest here… had the girl spoken excellent (or some) English, proved to have more on her mind than the latest S.H.E. single and inspired the use of the word “comely” – “just for a laugh” may have been the anecdote at our 50th Anniversary… but as it was, no interest.

For the rest of the night we chose to stick with the decidedly well-tested, and less-successful club scene, a choice that left me waking up to a rather annoying sound on Matt’s couch in Kaifaqu. The noise was the alarm clock that, through some stroke of forsight, had been set a mere four hours earlier. And I was up and heading to meet Alan, Vanessa and Lorna for a day at Jinshitan or Golden Pebble Beach. 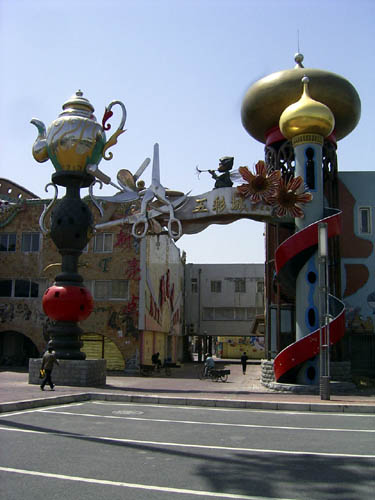 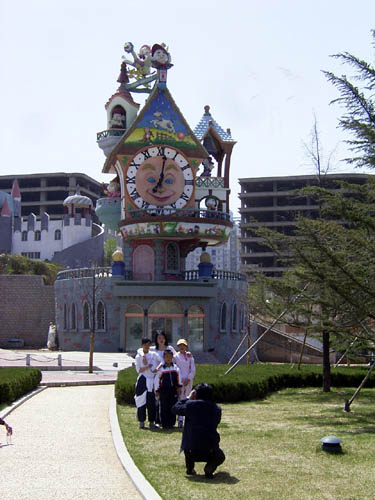 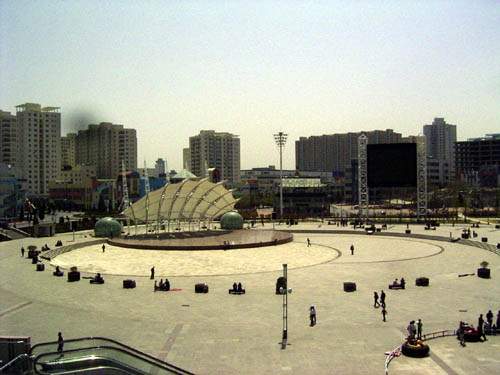 Some stuff around Kaifaqu. Sunshine and camera angles are a nasty way to shake a hangover.

After a 4 kuai and 25 minute ride on the light rail (sort of like a skytrain) I was in the fresh air of Jinshitan. The train station is a kilometre or two away from the beach, so I found a table and settled in to waiting for the crew to arrive.

About an hour and a half later, after appearing in four photos for Chinese tourists, the formation of some lasting friendships with these guys in Disney character suits and over-extending the English speaking abilities of a man from Harbin, they showed up – having brought Summer, a Chinese friend of Lorna’s, in tow. Trust that it had occurred to me several times while waiting that I could have easily utilized that time on a pillow helping with the sogginess of my brain, but then again, I’m almost always late… so, what can be said? 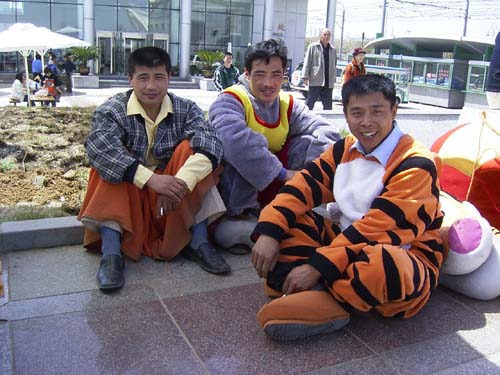 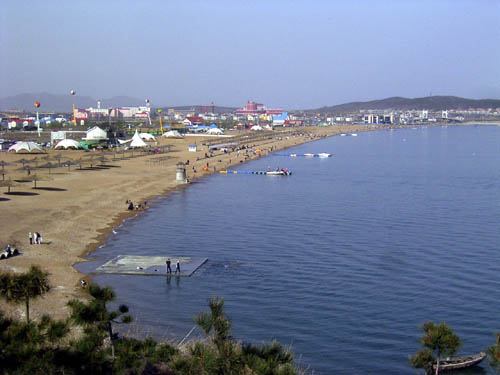 [1] Kids can make some great expressions, but the look on their faces upon seeing their cartoon idols headless and puffin’ a cig will be making me chuckle for weeks. [2] Jinshitan.

Our first priority was food, so we found a beachfront restaurant and dug in to some barbeque – teaching Summer the phrase “the hair of the dog that bit you…” when I ordered a beer. There’s something so relaxing about sitting by the sea, chowing down on some of its tastier critters and sipping cheap Chinese beer, it didn’t take me long to sort out where I’d be spending much of my summer. 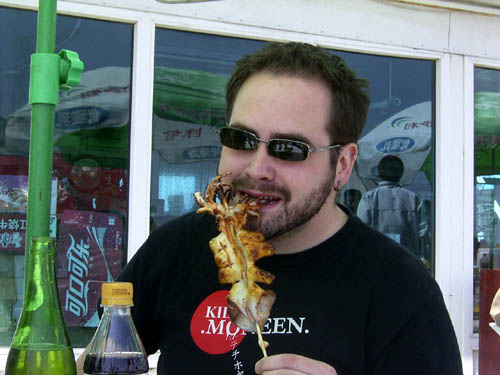 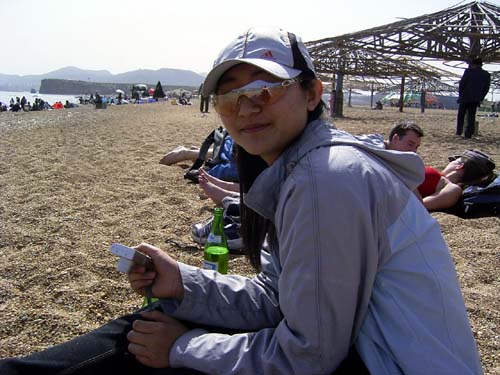 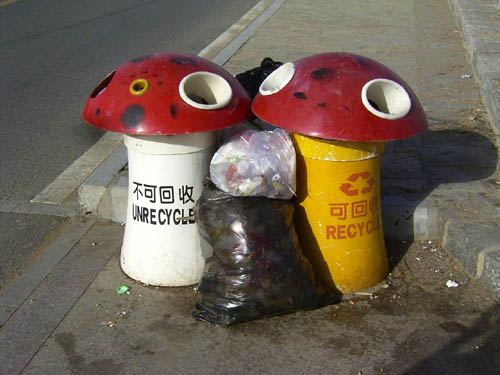 The beach itself was alright, a bit (get this) pebbly, but alright. The ice-like May water kept us land-locked but we did start a rather amusing stone skipping competition that spread down the beach like VD in a college dorm. 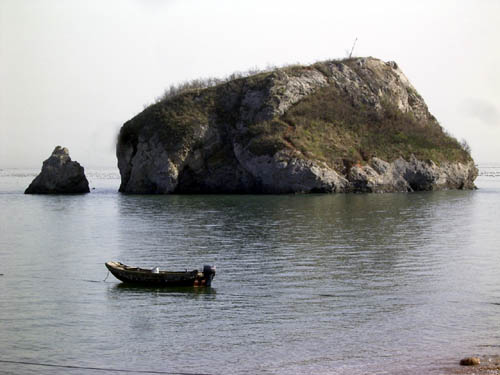 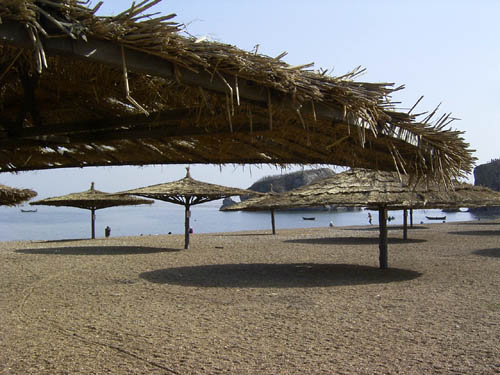 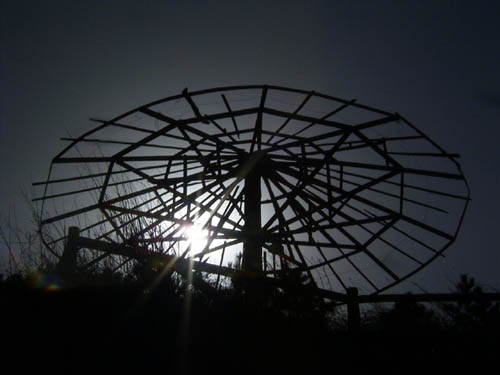 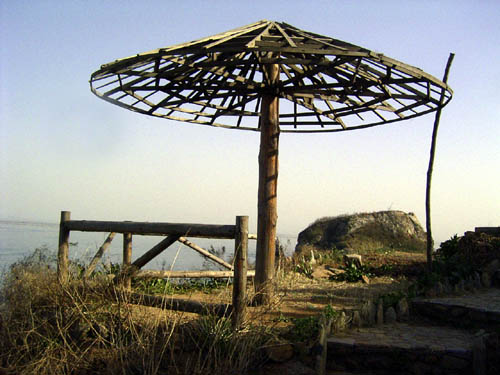 Some random shots from around the beach.

Lorna, Summer and I got a little bit ambitious and rented a bicycle built for three. There’s a reason they never made a song about this – aside from Daisy’s rampant jealousy – they just don’t work. After dodging busses and taxis trying to master the skill and balance needed to go straight and stay upright, it occured to me that I don’t have health insurance and I doubt this sort of thing is covered under the Future School plan. Leaving the girls to it, I went off and grabbed some photos, meeting them at the top of a scenic area to take in the view. 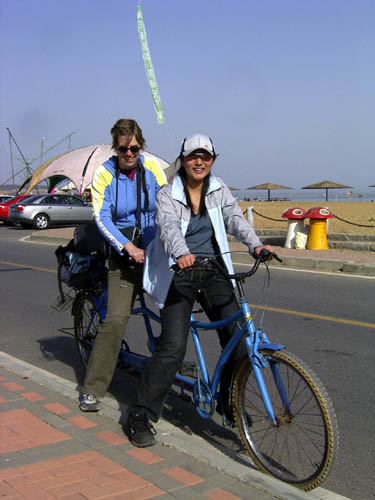 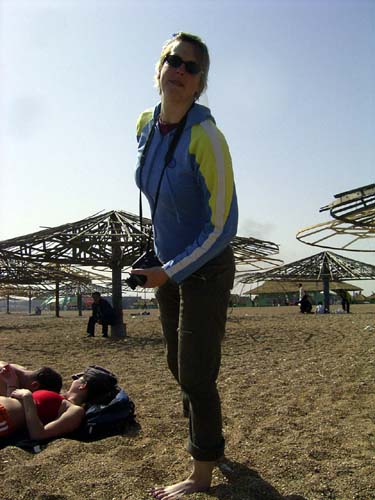 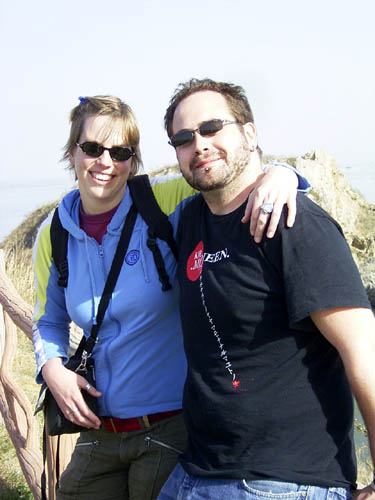 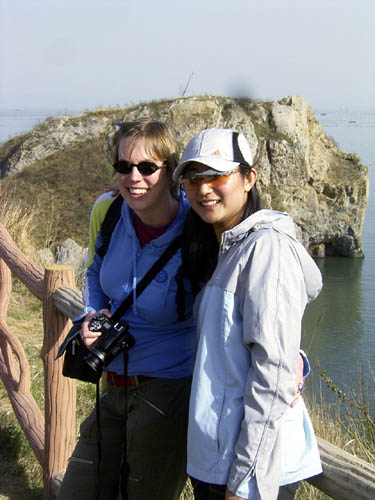 Alright, time for the cutsy friendly shots with scenic backdrop.

We returned to sea level (I mean, how often do you get to say that and know 100% you’re there?) and found our way back to the train station. Summer, Lorna and I parted ways with Alan and Vanessa at the Kaifaqu stop where we got out and went searching for some Korean food for dinner. I know of a good North Korean restaurant in Kaifaqu, and I must stress the “of”… as I really have no clue as to where it’s located. A taxi driver was kind enough to take us to a nice place that his friend recently opened – who says there’s no such thing as altruism.

More than 24 hours after leaving, I’ve returned home and am using every last ounce of kimchi-fueled energy I have to type this out. At first I was a bit bummed that I was going to be spending my May holiday at home and not trapsing around China like the rest of the country, but it’s really shaping up to be a good week. I was told the other day that Da Hei Shan (Big Black Mountain) is off limits to foreigners (no one is really sure why), which killed my plans to do something with Tina, a former student of mine. However, we’ve just sorted out that we’ll go to this water park/ping pong place (I think I lost something in the translation, and I’m a little nervous that she said she could protect me… from what?) on Wednesday and then on Thursday it looks like I’ll be heading to Bingyu Valley with Lorna and Summer. The valley is about 250 km from Dalian and is the closest thing we can get to real nature in these parts.