Thanks for The Peking Duck pointing me to this link before it was too late. I had no idea I was at such a great risk of becoming gay! I was ill-informed about the evils lurking in my iPod – iGay more like it! 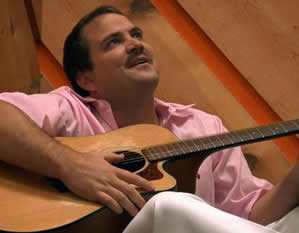 One of the most dangerous ways homosexuality invades family life is through popular music. Parents should keep careful watch over their children’s listening habits, especially in this Internet Age of MP3 piracy. – God Hates Fags! Love Gods Way!

A partial list of the bands that I was unknowingly allowing to make me gay:

The weird part is, no one seems to know if this is a hoax or not. The site, Love Gods[sic] Way, is run by a guy named Donnie Davies who used to be gay but has now seen the light (or rather, heard the “right” music). He’s written a song called “The Bible Way” that if listened to with no regard for the lyrics you would easily classify as the gayest thing you’ve ever heard. And I mean no disrespect to homosexuals by saying that.

There’s a bit of an Internet witch-hunt for his “true” identity (here, here and here) and as best as I could find, the answer is still un-found. As a joke it’s mildly humorous, but as reality it’s just nuts.

At the time of writing the Love Gods Way site didn’t have complete information up about its C.H.O.P.S (Changing Homosexuals into Ordinary People – yeah, don’t ask us where the ‘I’ went or where the ‘S’ came from) program, but honestly… only from the gay son of a minister does this makes sense.