Well, that’s bound to get your attention. First, perhaps I (and George Carlin) should apologize to my mom, as this post contains words of an expletive nature – but c’mon, they’re just words.

As this blog is a testament to, I am a major advocate for free speech in every form. I think people should have the right, without fear of persecution, to say whatever they damn well feel like. To let religious groups, governments, lobbyists or whonot determine what sounds we’re allowed to make is just wrong and fuckin’ offensive.

My love of this ‘free speech’ thing has been around since I was a kid and first saw Pump Up The Volume. For those that don’t know, the movie is about the upheaval a small-town faces when a ‘geeky’ new kid, bored and isolated, secretly starts a pirate radio station in his basement. Playing awesome music (honestly, check out the soundtrack, still cool to this day), saying whatever the fuck he wants and relating to his fellow Generation-Why’ers with sundry banter and ‘real’ issues. This pisses off the powers that be (PTA, school authorities, etc. – y’know, the usual bastards in such films), and they call in the feds (FCC) to deal with it.

The movie ends with a very powerful “Talk Hard” statement and those two words largely define my principles of what to say and what not to say – or, namely, say it all. 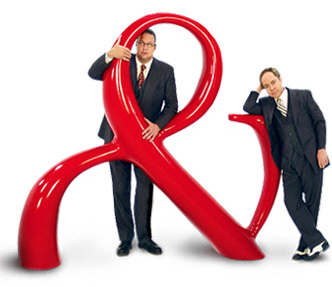 I just watched season 2, episode 10 of Bullshit, and it dealt with the issue of “profanity”. The thing I like about the show is that despite being obviously biased, they are also unabashedly so. And for one simple reason, they fuckin’ should be. Maybe they’re right or wrong in their ideas, but they’re not wrong for having them and that’s what their show promotes… being allowed to have your own god damn ideas and thoughts. Having dialog about things and being open-minded. Now, being on cable, they’re allowed to get away with saying and showing quite a lot of things that don’t make it on NBC or CBS, but if the FCC (or CRTC in Canada) listens to the selfRIGHTeous groups out there advocating “clean speech” and demonizing TV as the destructor of “family values”, this could all change.

The show introduces Ginny Foster, a north-western American typical soccer mom who started a Hush-Up campaign a couple years ago to clean up Americans’ speech – she closed the campaign after appearing on Bullshit and getting flooded with e-mails laced with every four-letter word in the book. People don’t want to hush up and she’s a cunt for insinuating they should. But telling people to ‘hush up‘ or ‘gosh darnit, just speak cleanly’ is her right… as it is mine to tell her to shut the fuck up you hypocritical cunt.

It’s our right not because it’s “right” or “wrong” – “offensive” or “inoffensive”, but because we are adults and as adults we do not need other adults telling us how to act out of fear that maybe someone will be ‘offended’ by the things we do and say. We need governments to fix our roads, protect us from exploitive corporations and defend us from those with weapons that wish to hurt us. We don’t need them to tell us how to act, and if you feel we do – grow the fuck up.

Nearly every show I enjoy watching contains more foul language than a pissed off trucker. I like them because there’s a certain ‘realness’ you get when they aren’t boxed into having to say candy-coated dialog. Do the shows often take advantage of this… of course… do I mind, no. And if I did, I simply wouldn’t watch them. Demanding the government make laws (or “standards” as they’re so often euphemized as) saying that cursing shouldn’t be on TV and radio is telling me that I’m a stupid cocksucker who is so off his tits that he can’t use the motherfuckin’ remote to change the fucking channel. Shit, it really pisses me off. Cunts.

“Talk hard, I like that. It’s like a dirty thought in a nice clean mind.” – Hard Harry, Pump Up The Volume

And for every Chinese person that’s ever told me that Chinese ‘just doesn’t have such filthy language’…æ“ä½ å¦ˆ, ç„¶åŽçœ‹è¿™ä¸ªç›®å½•: