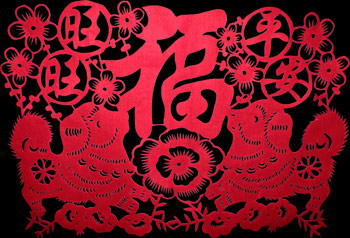 Welcome To The Year of the Dog
Today I begin my second journey through the noisy, exciting and sometimes dangerous world of the Chinese New Year. Though last year was simply amazing, in that I had never seen anything like it before, this year has afforded me an experience even more unique and rewarding – I get to spend it with someone who actually knows what the hell is going on.

What last year seemed like a completely random explosion of China’s two most famous inventions (gunpowder and paper), this year has had some light shed on it by my beautiful (and patient with all my questions) girlfriend, Maggie. With her help I’ve created a somewhat detailed timeline of events for those of us not in the know about this massive holiday season.

Small New Year/Xiao Nian å°å¹´ (one week before): Basically you eat dumplings and give the world a sampling of the firework extraveganza that is to come. This is also the day you clean the whole house so your relatives don’t think you’re a pig when they come and visit next week. And so begins the final week of shopping craziness for buying gifts (strange, but practical, things like a box of milk, bottles of pop, fruit, etc. are all acceptable gifts) and readiness for a few days of nothing being open. 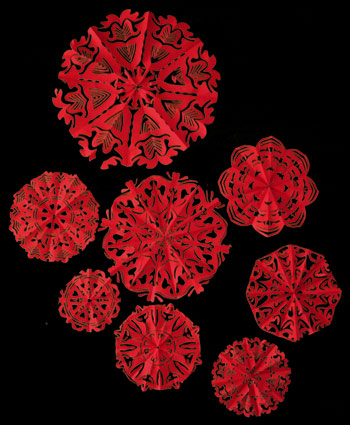 The afternoon is reserved for napping, followed by family members burning (fake) money to send to their ancestors. The money, along with incense, is burned in a drawn circle (if burned on the road) or in front of the grave (mu bei å¢“ç¢‘). Extra money is included to appease the ghosts that live on the path to heaven. They are paid off in an effort to stop them from stealing the cash during its journey to the rightful recipient. Fireworks are also used to scare away spirits looking to steal the money.

In the evening the entire family gets together to make dumplings (jiao zi é¥ºå­) and cook the dishes prepared that morning. At the moment when the dumplings are finished being boiled and are set in a dish, fireworks are lit to celebrate. When all the food is ready, the family gathers around the TV to watch Spring Festival programmes (dancing, singing, magic/za ji æ‚æŠ€, comedy/xiang sheng ç›¸å£°, and small plays/xiao pin å°å“) while feasting.

After dinner, some play Majiang (éº»å°†) or cards, or just continue watching TV and chatting until midnight draws near. At midnight everyone eats dumplings again and launches fireworks of an amount that few other countries in the world could imagine. After midnight all of the younger generations must tell their elders “Guo Nian Hao è¿‡å¹´å¥½” or “Have A Good Year” and the older folks give the youngsters red envelopes (hong bao çº¢åŒ…) filled with money. At this point the older people can go to bed, but those of fewer years usually stay up all night playing Majiang, chatting or watching TV.

New Year’s Day/Da Nian Chu Yi å¤§å¹´åˆä¸€: Breakfast bears resemblence of last night’s dinner and midnight snack – more dumplings and more fireworks to celebrate. New Year’s Day is usually spent with the father’s family, eating, chatting and playing more Majiang. “Guo Nian Hao è¿‡å¹´å¥½” is the phrase of the day, and should be said to everyone you come across. 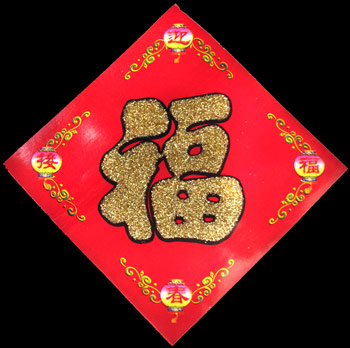 The Day After New Year’s Day/Chu Er åˆäºŒ: Usually spent at the mother’s family’s house in much the same fashion as the previous day.

Lantern Festival/Yuan Xiao Jie å…ƒå®µèŠ‚ (Day 15): About two weeks into the new lunar year the Chinese celebrate what in English we’ve called Lantern Festival, but in Chinese takes its name from the sweet balls (yuan xiao å…ƒå®µ) made with glutinous rice flour that everyone must eat on this day. At sundown money is again burned and candles (or electric lights) are put in front of the deceased’s grave to help light their path to heaven. After a dinner of boiled or fried yuan xiao some will stay at home and watch another gala performance on TV and some will go out to the street to see the lantern displays that have been placed everywhere. Again, fireworks fill the sky.

So that’s the jist of it. I’m sure it’s not 100% complete, but it certainly filled in a few of my blanks. Maggie and I are breaking from tradition a bit and are spending today (New Year’s Eve) with just ourselves at the apartment. Maggie is cooking (pre-made) dumplings for us and we’re going to take in the fireworks and performances on TV from the comfort of our home. However, tomorrow we’re heading to her parents house bright and early to spend the day with them.

This will be the first time I’ve met her parents and I’m a mix of emotions about it. I’m a bit nervous, but also pretty excited. It’s a big deal in Chinese culture to meet the parents of your girlfriend, much more signifigant than in modern Western culture. It’s pretty much on par with announcing engagement, which may explain why it’s taken five months. This isn’t to say we’ve got wedding plans, but it does illustrate the importance of the meeting tomorrow. As such I’ve bought them both some nice gifts to smooth the way. For her mother I’ve bought a lovely traditional-style jacket and her father is getting a rather pricey bottle of Mao Tai (sometimes spelled Mou Tai), China’s most famous brand of Bai Jiu (ç™½é…’).

After a couple hours at her parents’, we’ll return home to pack and head to the train station… we’ve got a 9:50 p.m. train to Haerbin. We’re going to spend about four days there, returning on Friday with loads of pictures and stories about our adventures in China’s most northern metropolis – that’s assuming we don’t get frozen to anything and miss our train back.

PS: The photos in this article are all (slightly modified) pictures taken of decorations around my house. The middle photo (snowflake-like red paper cuttings) was a hand-made gift from our friend Qian’Qian.