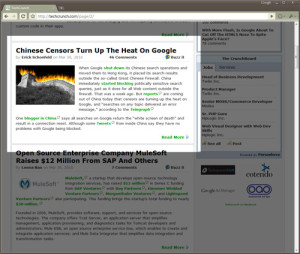 I love Google Alerts — a quick setup with a few keywords and I immediately get notified if anyone’s talking about me or my various projects. Vain, perhaps, but it let me know a photo from my Flickr stream was used on a TechCrunch post, and intern syndicated on the Washington Post’s site. Pretty cool.

The image (below) is a graphic I did back in mid-2008 for an article on Lost Laowai about the Great Firewall. The TechCrunch article is about Google’s search being completely blocked in the Mainland; which, it turns out, was simply a case of mistaken identity — the GFW thought Google was Radio Free Asia. No one ever said the GFW was smart — in fact, I doubt many have said anything positive about it.

Oh, a cool link that the TechCrunch article references is Google’s Mainland China service availability, which gives a day-by-day access report for Google’s services and whether or not they are blocked in Mainland China. 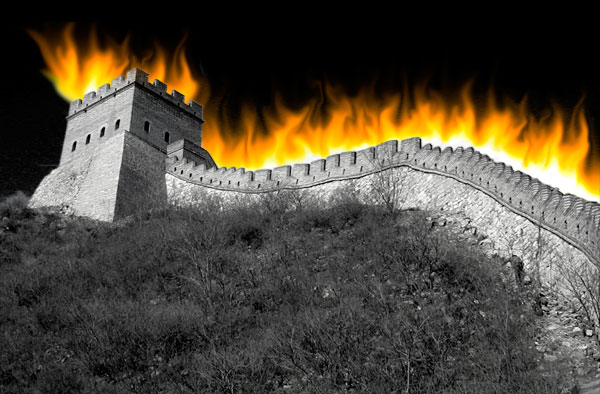