One of the great marvels of Asian cuisine is the penchants for cooking at the table; namely hotpot (ç«é”…) and barbeque (è‚‰ä¸²å„¿). This type of cooking could never fly in the west for the simple reason that there’s too many safety concerns. I mean, you’re either cooking over open coals or with a boiling pot of water – a lawsuit waiting to happen.

Speaking on the latter first, BBQ (said ‘rou chuar’ in Mandarin) is something that first won me over back in Jinzhou with my friend Matt. We’d go out to a small BBQ place down the road from our apartment and eat stick upon stick of questionable meat, washing it down with draft beer. In the warmer months the restaurant (as most do) puts a scattering of tables and chairs out on the sidewalk (and sometimes the road) for customers to enjoy the cool night air. The range of things you can get skewered and ready to cook is endless. Though mutton (ç¾Šè‚‰ä¸²å„¿) is the most common, some of my favourites include chicken neck (é¸¡è„–), chicken hearts (é¸¡å¿ƒ), beef (ç‰›è‚‰ä¸²å„¿), and steamed bread (é¦’å¤´).

Typical hotpot set with a spicy and non-spicy side.
Hotpot (said ‘huo guo’) has recently become the food of choice for these cool November nights. I’ve had it the last three nights in a row, and would likely eat it again tonight if I didn’t have other dinner plans. Hotpot is exactly what its name suggests – a pot of boiling seasoned water, into which you drop a variety of tasty things, wait a couple of moments and then eat. Most hotpot restaurants give you the option of ‘la’ or ‘bu la’ (spicy/not spicy) versions of the broth, and some offer both in a pot with a divider. Like the BBQ, hotpot’s options for what to cook are endless. The meat is usually an extremely thin cut that is served rolled, placed in a stack and slightly frozen. Again mutton is the most common, but I prefer beef. Some of my other picks for the pot would be: frozen tofu, straw mushrooms, prawns, glass noodles, and about a million other things. The real prize with hotpot is the dipping sauce. Made with a combination of sesame paste, fermented tofu and some chili oil, it’s fan-frigin-tastic. Thanks to Maggie, we’ve now got a hoptpot for the home – and as mentioned, have been putting it to good use. 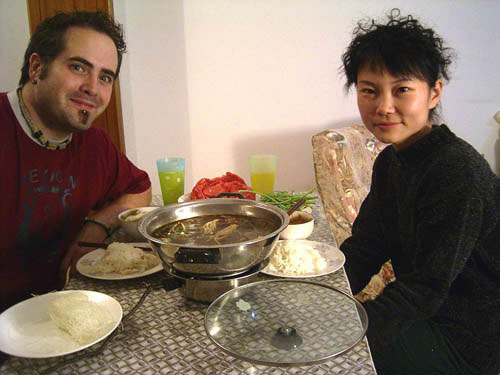 Maggie would kill me if she knew I showed anyone her hair looking all a mess, but c’mon, it was her first day off in two weeks of solid work.
So, other than eating copious amounts of boiled goodness as of late … I’ve also been singin’ the greats. It would seem that KTVs have just been a popular way to take in the Fall as I’ve been to about three of them in as many weeks. Most recently though was Thursday night’s trip to the Super K by Olympic Square. The occasion was to say farewell to Sarah, an American Future School teacher whose parents have managed to convince her to run away from the evil land of Avian Influenza, and back to the States. It’s easily the most hi-tech KTV I’ve been to, and despite the 10RMB/bottle beer prices, it was a lot of fun. Here are some pics: 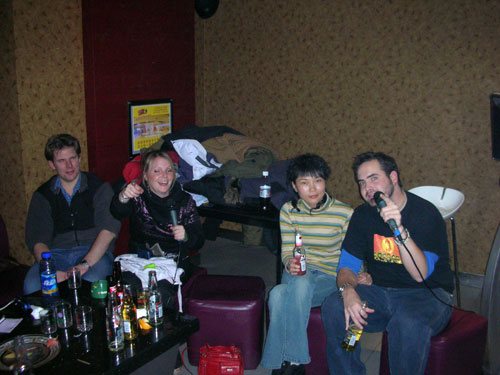 Cam, Maeve, Maggie and I. Not sure who the other guy is – but he did Sinatra well. 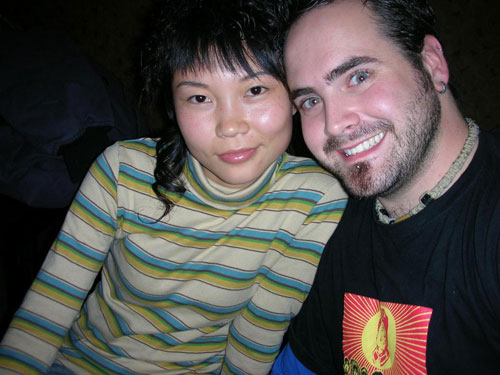 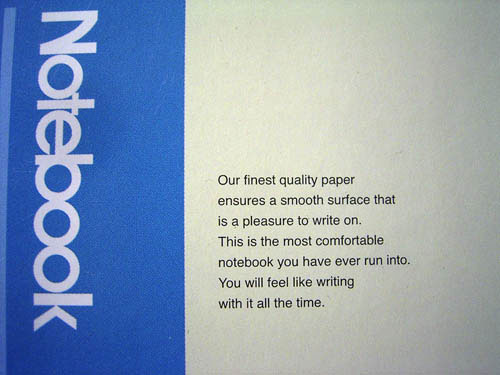