Anyone that’s been in China for more than six minutes has been hounded by a plethora of bowl weilding beggars looking for your chinky bits (and no, that’s not a racial slur).

Rumours abound about these unfortunate, often elderly or massively under-abled, people. I’ve heard tales that they are pimped out by the local triads, that they make heaps of money and it’s all a show.. and.. well.. ok, those are the two big ones.

However, compassion often gets the best of me and I usually end up dumping my bus fare in their dishes – sometimes adding a tad of extra force to the drop, trying my best to make one or two plastic-y jiao sound more like a real coin. 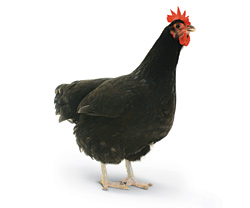 Well, I’ve finally given more to the cause of poverty than a few mao. I’ve given four chickens. That’s right… four frigin’ chickens!

It took the equivalent number of Suntory’s finest suds to convince me it was a suitable way to do my part in this whole poverty thing, but well… drinking beer and buying chickens online are two things I apparently do well with in conjunction.

The whole thing stems from an initiative by Problogger.net’s Darren Rowse, who marked his rather informative blog’s 2nd anniversary by announcing he was going to “Blog for Chickens” – giving a percentage of this week’s proceeds to buying chickens at the rather forward thinking Oxfam Unwrapped, a site that shows you precisely where your donated dollars are going.

Do you know just how influential a pair of chickens can be? Chickens can be fantastic little feathery friends. We give them to poor families who then pass on the new hatchlings to other families. Chickens breed fast, feed hungry people and provide new income avenues. Don’t chicken out â€“ buy 2, 4 or half a dozen today! See How it works for more detail on how super chickens can be! – Oxfam Unwrapped.

So, for ten aussie dollars ($7.50 USD) you can buy a pair of chickens that go to an impoverish family. The money also includes a bit of training on what to do with the chickens – presumably the first bunch of chickens were put into a stew – ruining the whole “sustainable” angle the Web site is going for. The family is taught how to breed the chickens (for eggs, meat and possibly alarm clocks), and in turn share the off-spring wtih other families… becoming Chicken Philanthropists just like me.

As my Google Ads are doing better and better, and I’ve recently come into some sponsorship, never mind that I would undoubtedly keep this site going regardless, I sorta figured why the hell not buy a few chickens. At the very least it makes a neat post. I mean, who the hell spends their Friday night buying chickens online?