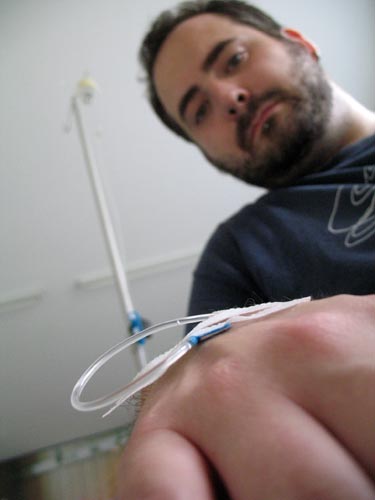 This morning marked the sixth and final bottle of antibiotics I was required to suck into my veins in an effort to quell the contagion running amuck in my foot.

Rather than continually returning to the hospital to get the IVs, we searched out a local clinic that would give me my fix. Clinics in China are more like what we would call “private practices” back home. They are usually run by a doctor, or collection of doctors, that can simply perform general medical care.

Because clinics are privately run, and many hospitals are state-owned, this opens the former up to constant criticism in the press (the latter being almost completely immune). As such, clinics have a bit of a bad rep, though they’re no more dangerous or corrupt than your average hospital – take that how you will.

My clinic, as I’m near part of the family now, is run by an older doctor, Dr. Zhang, and who I assume is his wife. They’ve two other people on staff – an accountant and the somewhat elderly Nurse Yao. My conversations with them were mostly limited to the usual “taxi cab convos”, but it was quite nice to chat with someone about Norman Bethune (see note below) who actually took some stock in who he was, rather than just knew him from Mao’s reading list. 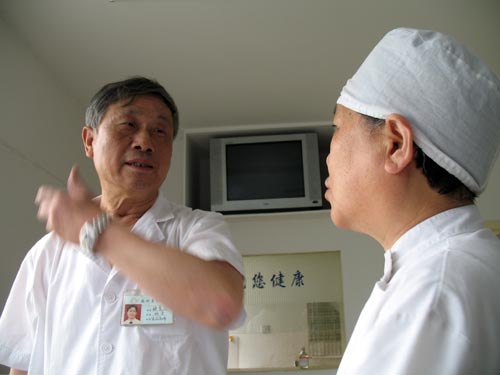 Now, I should be clear about something – I hate needles. This may come as a surprise to some who know me, and know that I’ve no shortage of tattoos and piercings littering my body. However, I fear the little pricks. The thought of something tearing into my veins just makes me squirmy.

Nurse Yao had obviously earned her stripes. She softly consoled me (“åˆ«å®³æ€•…åˆ«æ€•“) as she drove that sucker into the blue lines, forced by a rubber tube to reveal themselves, with the care of a seamstress threading a needle. I could only bring myself to watch once, and when that seemed to knock her concentration, I returned to my grimacing at the opposing wall.

On my second visit I was made the subject of an uncountable amount of photos, taken by Dr. Zhang from every possible angle, with Nurse Yao performing various nursely tasks on the foreigner. Though it felt a bit violating, and I’m sure I’ll be in the next advert for the clinic, it did open the way for me getting some photos as well. 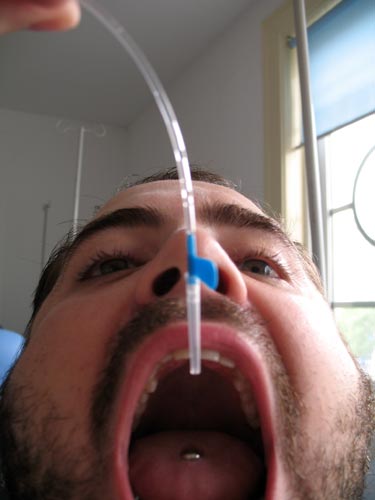 Today, with the last bottle of sweet stuff swirling around my vascular system looking for vein vermin to rough up, we said our goodbyes and took more photos. In the end, the ever-smiling Doc even gave us a 50% discount, saying we’re “friends”. This wasn’t a “here’s our price, but we’ll knock a bit off discount” either. We’d prepaid, and so he actually (after having the full amount for two days) went into his cash drawer and returned us 35 RMB.

My suspicious nature assumes that the refund was more to do with us asking for a receipt than any sort of kindness, but at the same time, Dr. Zhang’s friendly smile and good nature seemed to suggest otherwise.

End of the day, it’s nice to have a doctor nearby, seeming as I’m prone to infectious foot monsters. 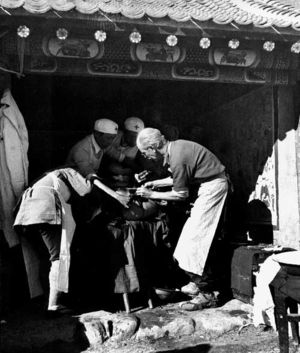 Though not nearly as well-known in his Canadian homeland, Dr. Norman Bethune (1890-1939) is revered in China as a model communist. Bethune came to China in the 30s to assist Mao and the CPC in their fight against the Japanese. He died of blood poisoning from a cut he received while performing surgery on the battlefield.

His fame in China sprouts from In Memory of Norman Bethune, an essay by Mao Ze Dong, which the Chairman made required reading for all Chinese. It featured the following passage: “We must all learn the spirit of absolute selflessness from him. With this spirit everyone can be very useful to the people. A man’s ability may be great or small, but if he has this spirit, he is already noble-minded and pure, a man of moral integrity and above vulgar interests, a man who is of value to the people.”