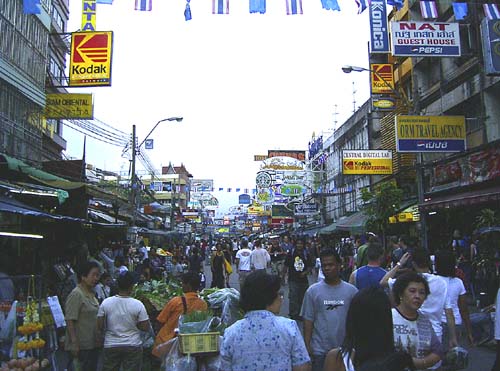 It’s been a year and a half since I’ve seen Rieng, Ree, Tee and Khak – but getting back to their home via a very curteous pick-up by Tee I realized that time has done little to kill my feelings about this place.

Even though I spent a little more than a week or two of total time in their home, it really did feel like a home-coming to things familiar.

Currently I’m in a guesthouse on Khao San Rd. killing time waiting for Freddy to return from his Thai massage. We’ve migrated to the city for the night so that we can take in the nightlife and not have to trek back to the suburbs where Rieng and fam live. However, the clouds have let loose and Bangkok is getting wetter by the moment. 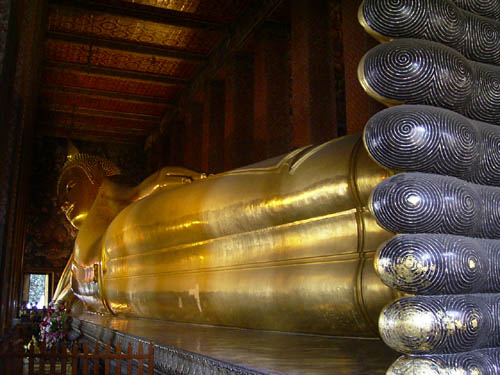 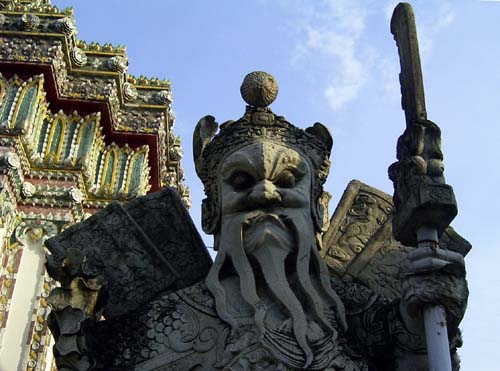 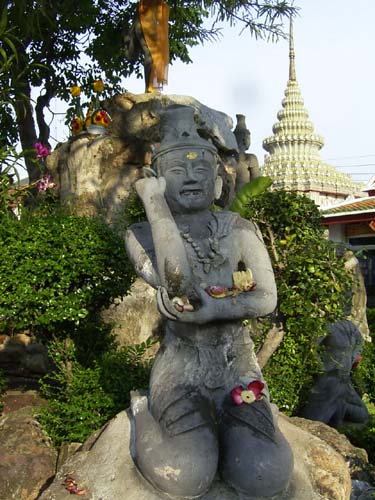 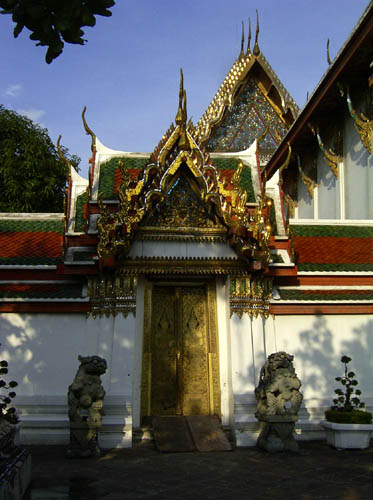 Bangkok’s Wat Po.
The plan for now is basically to hang in Bangkok until Tuesday, when we’ll hop on a bus at the Easter Bus Station and head to the South Eastern most province of Trat. Here we can catch a ferry to Koh Chang, a large island about a 45 minute boat ride from the pier.

It was a bit of a toss up between Koh Chang and Koh Samet, but Chang won out with Rieng’s claims that there is more to do there. The island has elephant treks, waterfalls, diving, hiking, and of course loads of sand and clear water.

We’ll be staying on the island for about a week. I’m then planning to return to Bangkok for a couple days of final visiting with my Thai family before flying back to either Beijing or Dalian. I would prefer to fly to Dalian, but if the price is a lot more, I’ll just take the train from Beijing.

I’m missing Maggie loads, but am trying not to let it get in the way of having a good time here. Why is it I can’t seem to come to Thailand and not pine the whole time over some girl! Haha.

Maggie’s been keeping me posted via e-mail on what’s happening on the Jinzhou front. Her ex is still pestering her, but it’s not escalated thankfully. She’s finally had a chance to sit and chat to her folks about her and I and they are on board and support her decision, so it looks like I’ll be meeting her ‘rents when I return. I’m excited about it, but a little nervous at the same time. I’m comfortable in the knowledge that if I say anything wrong Maggie will just translate it into sounding wonderful

A note about languages. It’s been a frustrating afair to go back to square one with not knowing the language here in Thailand. I mean, I am slowly remembering a little bit, but my Thai is no where near as confident or as useful as my Chinese and it’s damn confusing. Everytime some tout comes up to me I kindly say ‘bu yao xie xie…’, he looks at me queerly and offers again. Even though my Chinese isn’t phenomenal, I am beginning to see how useful it has become. Freddy and I were joking that we could speak Chinese and no one here will understand us. It’s funny, but it’s true. We’re considering going down to China Town just to feel a little familiarity.

Ok… time to go get wet finding something to do. I’ve got loads of photos from Shanghai, but I think I’m just going to have to wait to put them up until I return to China, or perhaps if I can do something on Rieng’s computer tomorrow … 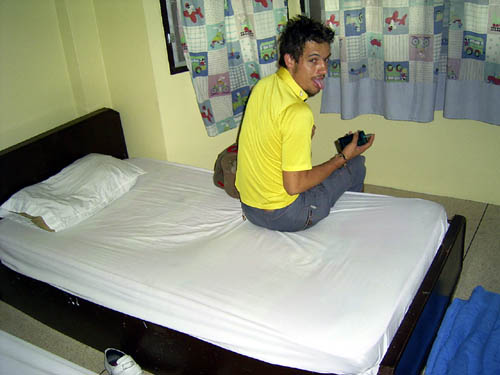 Freddy, the morning after a night in a Bangkok bar.