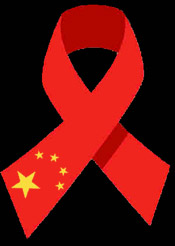 Right, so I’m becoming a little too accustomed to posting about stuff I’ve read on other people’s sites, especially the ever interesting and insightful EastSouthWestNorth Blog. But if ideas had to be original, we’d all be in short supply.

As such, I just finished reading “Being Alive Is Not Just An Instinct“, ESWN’s lastest post/translation of a Southern Weekend article by Zhang Ying. The article is about Chinese author Yan Lianke and his experiences with AIDS riddled small-town China.

Some selected quotes from the article:

On that day, Gao Yaojie [a top civilian In AIDS prevention] also told me another shocking detail. She said that when the peasants sold blood back then, they might be working in the field. When the Blood Heads went to the fields to collect blood, they said that they would take 500 cc but actually they were taking 600 cc or 700 cc for the same money (at most 80 RMB). The peasants who had the blood drawn were often dizzy afterwards because too much blood had been taken. At those moments, the Blood Head would pick up the peasants and turn them upside down, shaking their bodies until the blood went back into their heads. Then the peasants didn’t feel as dizzy as before and so they continued to work.

… a Blood Head in real life told me that when they collected blood, they diluted it with beer to increase the volume. As another example, when this village began to collect blood originally, bottles were used. But since bottles cost too much, they used soy sauce and vinegar plastic bags later. Then they used those plastic bags again and again. There was a water pool about two mu in area, and every night he would wash out the blood plastic bags at this pool. After the while, the water pool was dyed red.

Then there was another a family of three in which the male was an AIDS patient and the female had been healthy. After the woman married the man, she was infected. That was seven years ago. The man said that he was unaware that he had been infected when he married her (of course, there is a phenomenon in which when a man is ill, the family and the village will try to conceal the truth and get him a wife from outside quickly so that she can become pregnant and continue the family lineage). After getting married and then infected, the woman collapsed mentally. She hated her husband, she hated the family, she hated the village and she even hated the whole society. From that moment on, she would not do any housekeeping or farming work, she just threw the dishes and bowls around, she cursed the man, and she was hostile to her parents-in-law.

So yeah, some crazy stuff. I knew that the AIDS situation in China was troubled, but this article really filled in some of the gaps in my knowledge about it. I really hope I can find an English transation of Mr. Yan’s new book, “The Dream of Ding Village”.

Something that I’m constantly surprised about is the naivety in China about AIDS. The government, for all their merits, are trying their best to educate – and I’m sure nary a day goes by that there’s not some sort of ad or article (ä¸€æ ·å—?) in the newspaper about how they are battling this horrible disease that the damn foreigners have forced upon the otherwise innocent and undeserving Chinese population.

No joke. I honestly believe that the biggest reason the AIDS epidemic wasn’t faced quicker was that China (blanket statement) simply didn’t feel it was their problem. I mean, it wasn’t “created” by a Chinese person, it MUST have been some dirty African or sluty American [would both nationalities please forgive the dramatics] that brought it here – they should be the ones taking care of this.

I know that’s a bit harsh – but I’ve had several conversations about this with Chinese people (of mixed stature in society) and all have said only slight variations of the above.

So, for all my Chinese readers (of which I’m not aware I have – do comment if you are), please read the following very carefully:

Gao Yaojie and Mr. Shao explained many things to me about AIDS. I know that there are three ways by which AIDS can come about. One way is through blood infection, such as sharing a needle. The proportion is high, about 96% to 97%. The second way is infection through sexual intercourse, about 2%. The rest comes from mother-child infection. There is no other way of infection. About this, we should trust science and not be too scared.

Have we given up thinking we’re going to get it from toilet seats or shaking hands yet?