Well, I’ve been back from travelling for nearly a week now, and am only just getting organized. I plan to post a full summary of my and my friend Cory’s summer travels around China’s tourist triangle, just as soon as I get all my photos organized.

To tide things over, here are a few photos from our trip that I shot with an eye towards converting them to High Dynamic Range (HDR) images. HDR photography is a method of processing images to “accurately represent the wide range of intensity levels found in real scenes ranging from direct sunlight to shadows [thank you Wikipedia].” 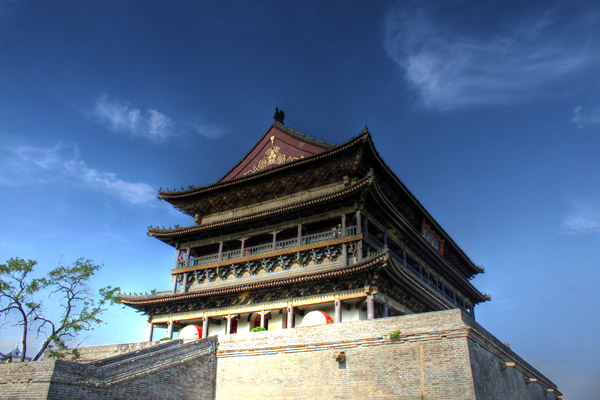 The Drum Tower in central Xi'an. 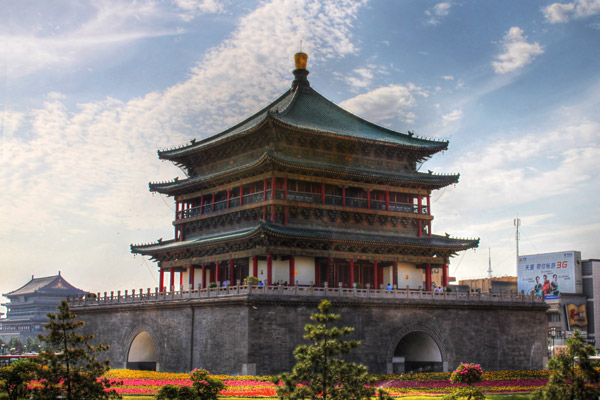 An HDR image of the Xi'an Bell Tower. You can just see the Drum Tower in the background. 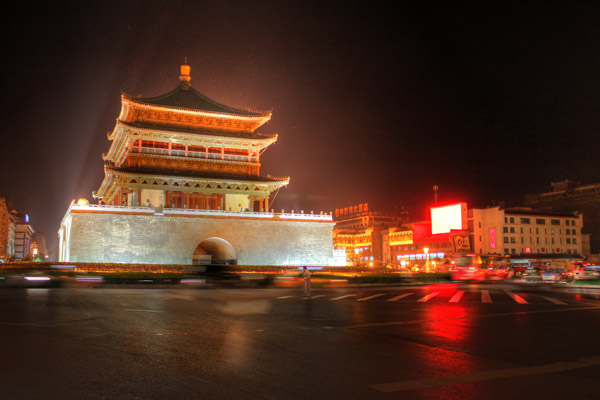 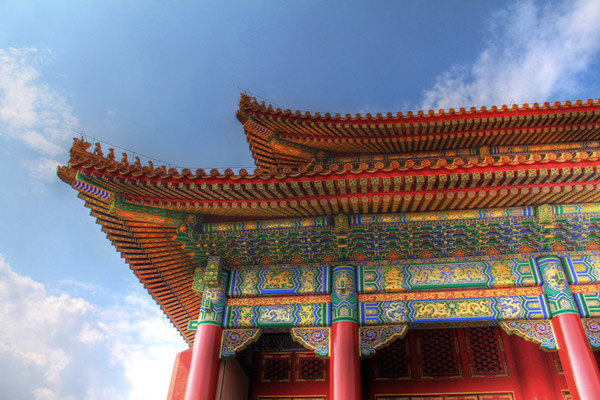 An HDR image of one of the many temples in the Forbidden City, Beijing, China. 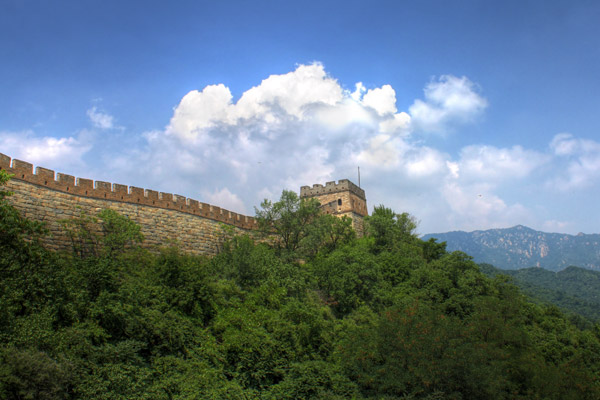 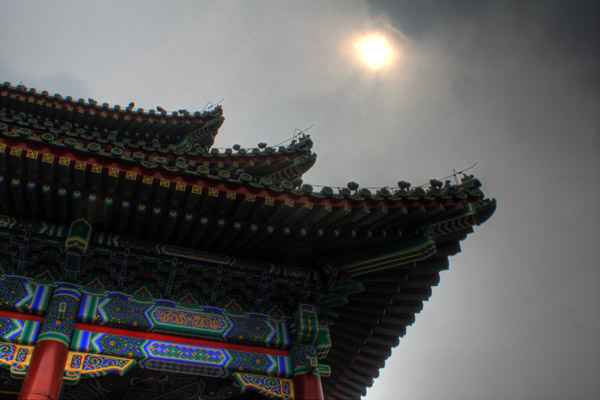 A temple in Jingshan Park on a hazy Beijing morning.

I love HDR images — well good ones at least (it’s pretty easy to get carried away). However, I’ve met more than a few photographers that feel HDR (or anything but the most minimal image editing) is blasphemy in the photography world. Perhaps it is because I’m a graphic designer, but bunk I say.

If photography is the exercise of trying to capture the truest representation of light, and cameras by their very design are only able to make a single decision for exposure and stick with it when the shutter is opened, then HDR seems — to me — to allow a photographer a method to step closer to that loftiest of lofty photography goals.

Fantastic photographers have a wealth and breadth of hard-earned skill — this cannot be argued. The learning curve for good photography is steep and can be unforgiving. Perhaps this is why a few of them are so eager to dismiss the use of technology to improve their images. They worked hard to get the abilities to get those perfect photos the first time and damn if some $99 software package can now make some half-rate’s photos pretty good. But I maintain that technology is merely a tool, and should not be faulted or shunned because of its perceived threat to a profession.

I *think* most HDR detractors are the same folks that were saying that they’d never switch from film to digital because digital will NEVER (ever, never, ever) obtain the quality of film, which it arguably has (alright large-format guys, I’m open, hit me). I also *think* most feel that using any sort of digital image manipulation software is “cheating”. This is where I disagree most. Unless you are drawing in extra lines, the photo is still the photo. Using software to improve your image is no different than adjusting the aperture/shutter speed/iso/exposure compensation settings on your camera. What’s more, your camera uses many of the same software techniques (white balance, histograms, image stablization, sharpening, etc.) to digitally manipulate the image behind the scenes. And all of this can be taken one step further back to being creative withÂ dark room practices of burning, dodging and exposure/chemical bath times.

But then I mostly see photography as an art form, a method of expression, by any means. Whether a photographer does that with or without digital image manipulation is no different to me than whether a painter uses water colours or acrilics.