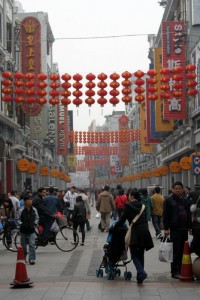 Tuesday morning Maggie, Casey and I crawled out of bed at the ungodly hour of 4:15am to head to the airport and catch a flight to Guangzhou. The quick two-day trip was a necessity so that we could apply for Casey’s Canadian passport and Maggie’s visa for a visit to the TNS&F in May.

The early flight-time was due to the Guangzhou Canadian Consulate only accepting passport applications between 9am and 12pm, leaving only a narrow window for us to get in and get it done. The flight from Haikou was brilliant — cheap and fast. Less than an hour in the air, and around 400RMB each way (incl. tax).

I’ve voiced my gripes about the whole guarantor system enough on Facebook, but other than that, the trip to the consulate went without hiccups. The mid-April arrival of Casey’s passport has us sweating a little bit about some of the other hoops we need to jump through to get the boy out of the country, but troubles for another day.

From the consulate we headed across town to Canada’s visa processing centre — which is night and day from the atmosphere at the consulate. It’s actually a bit embarrassing that this is the first point of contact some people have with my country. This is our third visa application, and I think it was somewhere between #1 and #2 that Canada (and a number of other countries) switched to outsourcing their visa application process.

So, instead of a nice clean commercial office, it looks like a Chinese bus terminal — completely with crowds, dim lighting, tired and overworked looking employees, no sound barriers or efficient queuing between the rows of waiting (and chatting) applicants and the visa application takers. Basically, just a mess — made all the more uncomfortable by a squirming toddler.

After a long process of sorting my already well-organized visa application package, filling in several forms that were not mentioned in the package checklist and throwing away a number of items that were mentioned but are not actually needed, we got the application submitted — now we wait with fingers crossed. Oh, for the record — apparently when the visa application checklist says, “Two (2) identical photos of the applicant and each accompanying family member,” and you write an e-mail to clarify that you actually need to supply photos of family members that are accompanying but are Canadians, and they say “Yes you do”, they actually mean “No, of course not — that’s silly”. If anyone would like visa application sized photos of Casey or me, I have extras.

The Less Official Part of the Trip

Had we been so inclined, we could have headed directly back to the airport and been home mid-afternoon. With both of us never having been to Guangzhou before, we figured we’d take an extra day and explore the town. We’re fortunate to have some great friends living there that offered to put us up for the night and give us the skinny on what we should see in city.

I’m not sure why, but despite knowing that Guangzhou is a 1st-tier city, and thus must be large, I always pictured it as smallish. Man was I wrong. The place sprawls on in all direction for ever. As such we did some tourism triage and came up with a very narrow selection of things we wanted to see.

This was from Maggie’s digging into what we should see — and of course it centred around food and shopping. Shangxiajiu is about what you’d expect from a pedestrian shopping street — lots of people, shops selling everything from cultural to cultureless, and lots of restaurants and teahouses. It’s Guangzhou’s version of Wangfujing in Beijing, or (more familiar to me) Guanqian Jie in Suzhou. 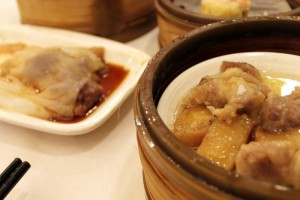 Delicious Dimsum - Some amazing dimsum at a great (and busy!) restaurant on Shangxia Jiu.

Not one for window shopping or buying useless souvenirs, the street offered little of interest to me — with one exception — dim sum. One item on my Guangzhou todo was to have authentic Cantonese cuisine, and what better than some dim sum for lunch. We hit up the well-known é™¶é™¶å±…, and were not disappointed.

The whole method of serving was a bit of an experience, as you simply go up and grab whatever dim sum you want and it gets marked on a bill that is tallied at the end. As there was no real menu or pricing, we were completely gambling on what it would all cost — figuring if they had 4 floors packed with people (all seemingly speaking Cantonese), it must be decent. We stuffed ourselves with easily the best dim sum I’ve ever had, including drinks (and the obligatory tea), and it only set us back around 100RMB ($15) — gamble won.

The big suggestion from the people I pinged seemed to be Shamian Island, a compact chunk of land on the Pearl River in the centre of town that used to be a post-Opium War French/British concession.

Just a block or so south of Shangxia Jiu, it made for an easy after-lunch walk, which led us past Guangzhou’s bulk TCM market. We didn’t stop to look, but I don’t imagine there is much in the way of the world’s flora and fauna that isn’t represented in dried or powdered form there.

Shamian was nice. Not blow-your-socks-off interesting, but a quiet stroll that worked as a good reminder of the city’s long history with foreigners. It was also our first real glimpse at the Pearl River. Additionally, it was neat to see the White Swan Hotel, which is located on the island and hosts a number of foreign couples adopting Chinese children. If you’ve seen the PBS documentary “Wo Ai Ni (I Love You) Mommy“, you know the hotel I’m talking about, as it features prominently in the film. Incidentally, if you’ve not seen the movie, definitely do. 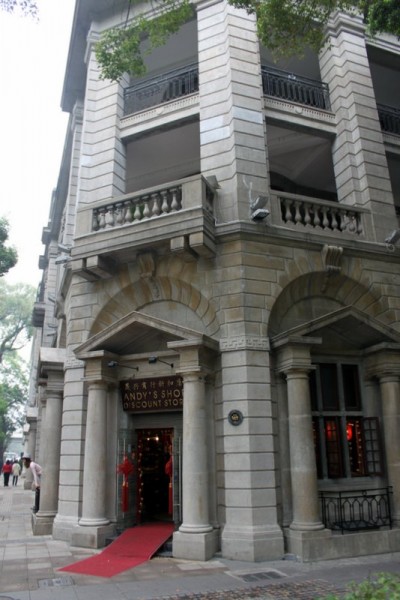 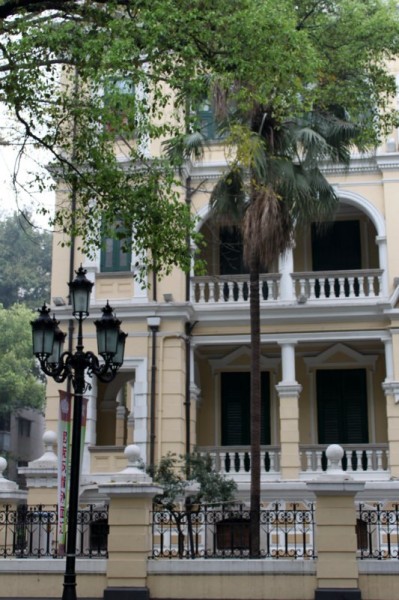 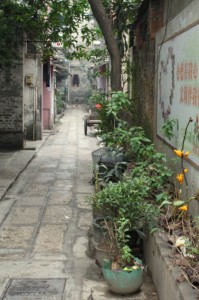 By the time we finished up on Shamian, it was mid-afternoon and we needed to make a tough decision to head down to the Guangdong Provincial Museum and get a few photos of the GZ skyline in, or head to IKEA.

A difficult decision — Guangzhou’s skyline is unique to the city, but for a resident of Haikou, a visit to IKEA is just as rare an opportunity. In the end the big blue and yellow won and we maxed out our carry-on limit with kitschy kitchenware with Swedish names. So next time you’re by and you ask me how the Guangdong Provincial Museum was, allow me to introduce you to my awesome new Gnistra, and his buddy Aspekt.

From IKEA we barely had time to dash back to our friends’ apartment, repack our goodies (thanks for the packing paper Elvina!) and head to the airport via Guangzhou’s metro. The subway was absolutely packed, as it was rush hour, but still the better choice for getting to the airport I think. A taxi or bus would have been a bit more comfortable, but there’s no telling how long wading through bumper to bumper traffic would have taken.

The flight home was peaceful, as Casey fell asleep on take-off and didn’t wake up until we landed. All-in-all, the trip to Guangzhou was great and I’ll be looking forward to heading back there the next chance I get. Living in Haikou you get accustom to not having access to the creature comforts of larger cities (like Starbucks, Thai food and supermarkets that carry an herb section greater than Five Spice and Pepper), but it’s nice to slip out and remind yourself how the world works for most people. Huge thanks to Glen and Elvina for putting us up (and putting up with us), it was great seeing you guys again. Casey still keeps talking about “Shushu and Ayi in Guangzhou”. 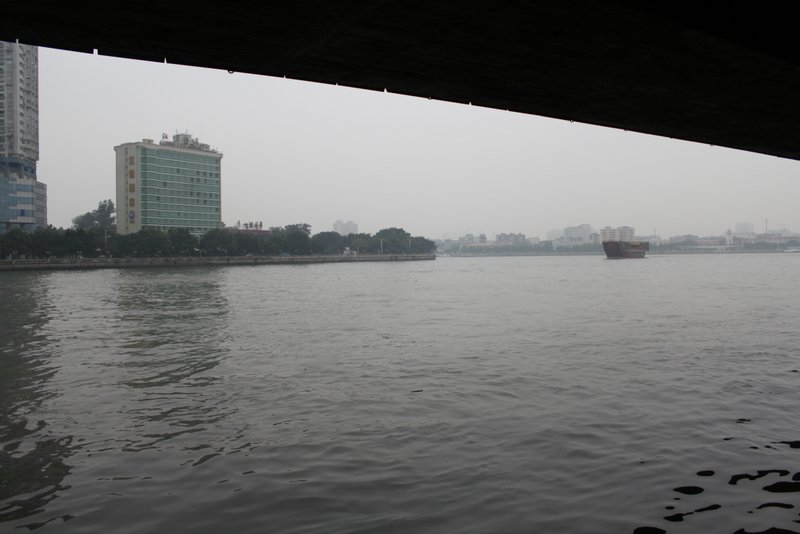 A view of the Pearl River on Shamian Island