Remember back in the summer when I mentioned Maggie was training to be a yoga instructor? Well, as of today she officially is one. She substituted at a local school here today that is thinking of hiring her, and in doing so earning her first yuan in her new-found profession.

I’m not going to deny it, I’m completely one to get all soppy about such things and I couldn’t be prouder of her. The girl has worked hard over the last few months to get herself into shape(s). She’s bent herself in ways that I previously thought should never be performed by a human … really any vertebrate. She assures me that it’s all fine and good though. As I’m a fat lazy bastard that gets pains just watching, I’ll just take her word for it.

Yoga instructing is great work for a Chinese person who can score it. As a sub she’s making about 60 RMB per class (1.5 hours) and will pull in more than that should she get hired on. At a guess she’ll make 75-100 RMB per class, and with another rough guess of doing 8 classes a week – she’ll be pulling in 2,600-3,400 RMB a month for about 24 hours of work a week. Considering that the average menial receptionist or clerk job pays 800 – 1,000 RMB a month for about 50-60 hours a week – this is by all counts a huge step up for her. 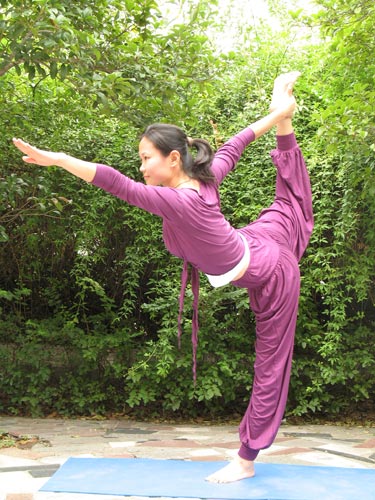 Money or no money, I really think she just gets a kick out of these women of status (lots of wealthy Mainland and Taiwanese women are in her classes) calling her "laoshi". I’m worried the power is going to her head though, she keeps bragging about how she gives a command and everyone listens (followed by an evil little giggle). 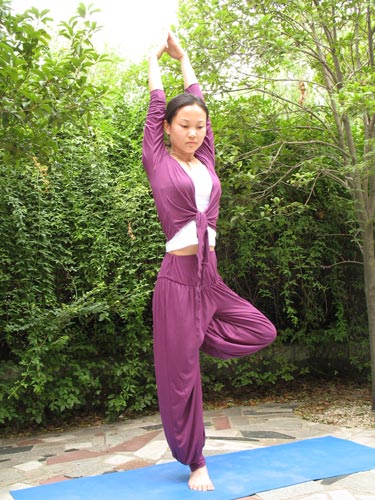 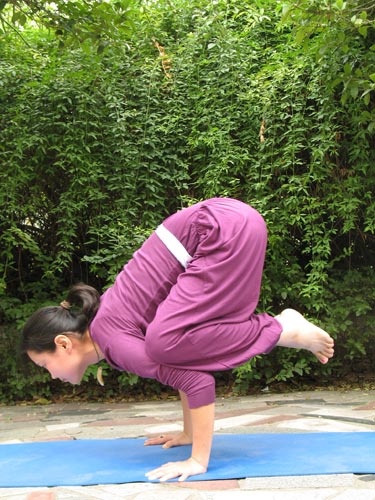